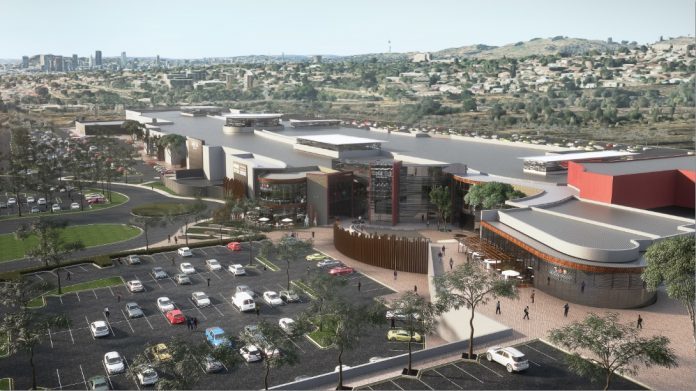 South Africa’s US $83m Capital Mall development in Pretoria West has received green light. McCormick Property Development (MPD), project developer’s announced the reports and said they will be moving ahead with the construction.

Construction of the mall had been previously halted but an appeal made by the developer to overturn the decision was accepted during a sitting of the City of Tshwane’s Municipal Appeals Tribunal (MAT) in April.

“With direct access approved off both the N4 highway and WF Nkomo (Church) Street and situated on the planned N4/R55 interchange, the double level mall will anchor t proposed ‘Capital City’, made up of developments form part of Gauteng’s plan to build 30 new cities,” stated MDP.

The development will be a mixed-use project that will feature value retail centre, affordable housing, 150-bed private hospital, motor dealerships, schooling, student housing and community facilities. Additionally the development will be phased with 60,000 sqm Gross Leasable Area (GLA) planned to open towards the end of 2021.

MPD noted that that the development’s design allows for expansion of upto 100,00 sqm without the need for structured parking facilities. The project comes at the time when the country’s shopping centre demands are dropping with few malls completed since the end of 2017.

According to statistics done by MSCI in 2018 on behalf of the South African Council of Shopping Centres, the South African market had 418 square meters of the shopping centre lettable area for every 1,000 people.

South Africa, US and Canada have the highest number of shopping centers supply relative to  household consumption expenditure. The US is rated high with 2,196 square meters/1,000 per capita followed by Canada, Australia and Norway.

However despite the demand South Africa’s current market suggests a drop down in mall completions for the period of 2018-2020 which combined with a predicted improved economic growth which amy see the country’s shopping center’s segment move lower and closer to the global average.