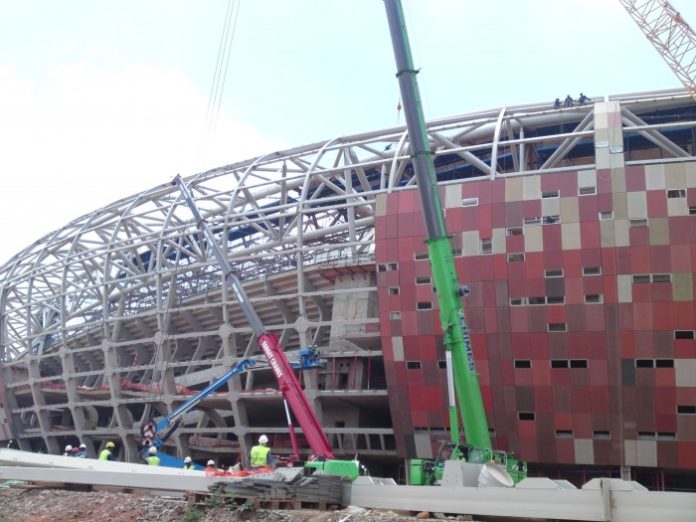 Construction works on US $2m an ultramodern military sports complex for the Sixth Garrison Battalion in Tamale in the Northern Region of Ghana has commenced.

Speaking during the ground breaking ceremony, Vice President Dr Mahamudu Bawumiasaid that provision of such facilities at garrisons across the country was in line with the government’s policy to transform the security services into world class security institutions.

The military sport complex is expected to be completed in 13 months.The project consists of four main sections namely; the stadium, gymnasium, the outdoor courts and the external facilities including gardens. It is expected to have a total capacity of 5,000 people.

Dr Bawumia added that the government is committed in providing modern tools and infrastructure to the security forces to enable them to be on top of their duties all times. Furthermore, he explained that the government has already executed a number of projects such as the Barracks Regeneration Project, Phase One, which he said was about 90% complete.

Mr Dominic Nitiwul, Minister of Defense on his part stated the government’s commitment in improving the welfare of the military personnel in the country and urged the consultants to ensure that the contractor provides quality work and also be completed on the scheduled deadline.

“Construction of sports complexes across the garrisons is the beginning of many more facilities to be provided for the personnel. The Northern Regional Minister has also pledged that his outfit was ready to supervise the project to ensure quality of work,” said Mr Dominic.