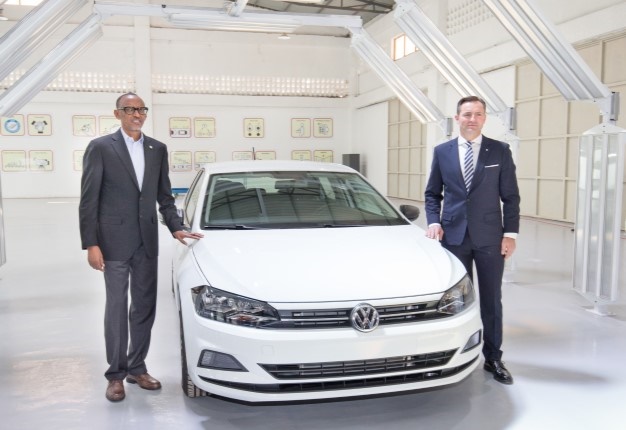 KIGALI, June 27 (Reuters) – Volkswagen will launch a car assembly facility in Rwanda on Wednesday, the first such factory in the East African nation as Europe’s biggest carmaker expands its presence in the region.

Car ownership remains low in the nation of 12 million people with just over 200,000 private cars registered since 1997, according to the country’s tax collection body.

But Volkswagen, which already builds vehicles in nearby Kenya, hopes not just to sell vehicles but for them to also be used in an Uber-like car-sharing system where people will use their smartphones to book rides.

The German automaker said in January that it initially plans to build up to 5,000 cars per year, beginning with the Polo and Passat models.

Monique Nsanzabaganwa, the vice governor of Rwanda’s central bank, welcomed the move as an example of much needed investment in the nation, which receives over $1 billion in foreign aid and development assistance but has made business-friendly reforms in recent years.

“It is a vote of confidence for Rwanda,” she told Reuters. “It is good for job creation in Rwanda and making Rwanda a trusted location for services and in this case, manufacturing.” (Reporting by Clement Uwiringiyimana in Kigali; editing by Costas Pitas and Jason Neely)