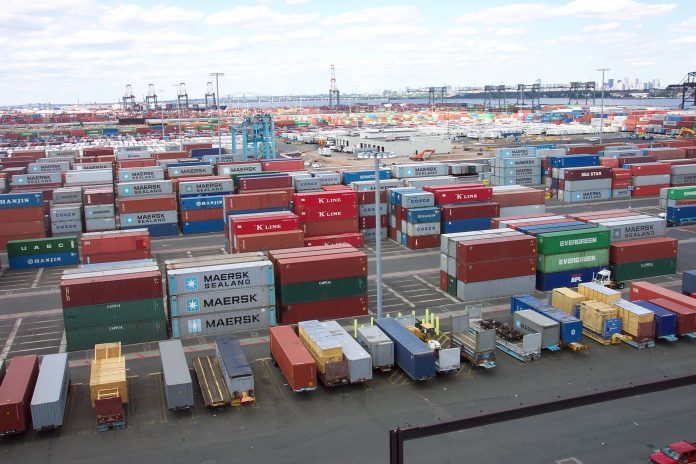 The government of Zimbabwe has announced to have completed construction of US $3.5m Dry Port Facility at Walvis Bay in Namibia. Namibian Ambassador to Zimbabwe Balbina Daes Pienaar broke the news during her country’s 29th Independence anniversary celebrations.

Construction of the facility which began in 2014 was spearheaded by RMS, a subsidiary of theNational Railways of Zimbabwe (NRZ), in partnership with the Walvis Bay Corridor Group (WBCG) and the Namibian Port Authority with the African Development Bank providing the funding.

The new container terminal is set to double the port’s container handling capacity from the current 350,000 to more than 750,000 containers. It is aimed at improving trade between the two countries and to ease movement of goods and services through Walvis Bay, a strategically located logistics hub in the Southern African region.

According to the ambassador, the project has a potential to open a strategic gateway to the sea for Zimbabwe. Zimbabwe’s trade volumes through the Port of Walvis Bay have grown significantly to about 2 500 tonnes per month and Walvis Bay Corridor serves as a real alternative to link Zimbabwe to Europe, North America as well as South America.

“On bilateral matters, noteworthy growth in the mutual relationship between Zimbabwe and Namibia is observed since the establishment of JPCC, and yielding tangible results in various fields such as Tourism, Defence, Diplomatic Cooperation, Agriculture, Trade and Investment, Higher Education, Science and Engineering, ICT, Information, Media and Broadcasting, Women Affairs, Gender, Arts and Culture, Sports and SME Development among others,” said Ambassador Pienaar.

In 2009 the Namibian Government granted Zimbabwe 19 000 square metres of land to construct its own dry port that is expected to boost the country’s trade but due to financial constrains the project failed to take off over the years.