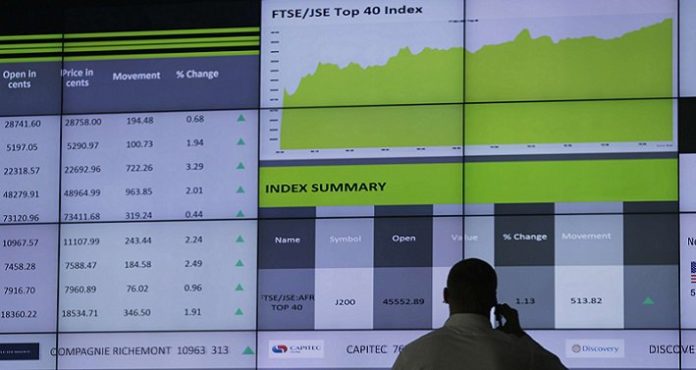 frican exchanges largely performed well in 2018, but there  are some challenges taking shape

African stock exchanges have performed fairly well on the whole this year, but the Turkish lira crisis in August sent shockwaves of worry across emerging markets. As interest rates rise in the US and other Western markets, emerging markets are expected to attract less investor interest.

Africa’s oldest and largest exchange, the Johannesburg Stock Exchange (JSE), had a lacklustre first half of the year, and the outlook is expected to remain bearish for the rest of the year. Not only have the review of the controversial Mining Charter and political uncertainty ­dented investor confidence, but the earlier downgrade of the country’s local debt to junk status has undermined investment in the mining sector.

The JSE All Share Index lost 3.18% in the first six months ending 30 June, and telecom companies in particular have had a rough time. With a new telecoms bill that increased taxes, the stocks of Vodacom, MTN and Blue Label Telecoms dropped between 14% and 31% in the first half of the year.

Mobile-phone tower operators have been concerned about their market prospects, too. In June, IHS Towers postponed its $10bn initial public offering (IPO) due to mounting political risks in Nigeria and investor uncertainty ahead of the February 2019 elections. IHS’s delay made it the third tower operator to postpone its share sale after Helios Towers and Eaton Towers ditched plans in March and June, respectively. The timing of the long-awaited MTN Nigeria IPO is still uncertain. In July, MTN CEO Rob Shuter said concluding the listing in 2018 hinges on favourable market conditions.

It has not all been grim on the IPO front. In June, Old Mutual listed about 5bn shares of its African financial services unit, Old Mutual Limited, on the JSE as part of its African homecoming. The centuries-old pan-African group, which was returning to South Africa after moving its headquarters and primary listing to London in 1999, also listed the unit on stock exchanges in Malawi, Namibia and Zimbabwe.

In Ghana, telecoms giant MTN launched a historic mobile-money IPO in May. The sale is the country’s largest ever and the first time shares of a major firm have been publicly sold using mobile-money accounts. MTN Ghana’s more than six million users were able to purchase shares using MoMo Wallet, MTN’s local mobile-money platform.

Some other IPO prospects look promising. Earlier this year, the Abidjan-based BRVM bourse announced that it was targeting 12 new listings between 2018 and 2020. The West African bourse held its first investor roadshow in South Africa in March to court local  investors. The BRVM continues to champion the African Exchanges Linkage Project, launched in partnership with ASEA in 2015. The ambitious project seeks to link exchanges electronically to facilitate cross-border trading and improve liquidity, which is a major challenge for most exchanges in the region. But to date there has been no word on the pilot phase – involving the BRVM and exchanges in Casablanca, Johannesburg, Mauritius, Nairobi and Nigeria – that was scheduled for the first quarter of 2018, lending credence to those who called the initiative over-ambitious.