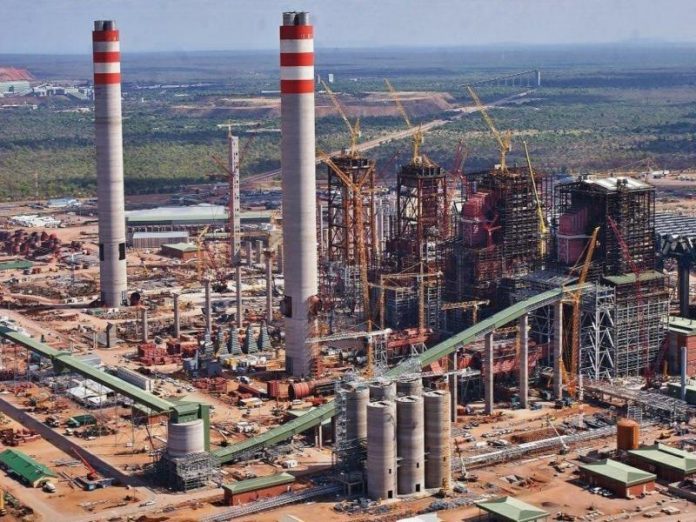 South Africa state-owned power utility Eskom has successfully synchronized unit 2 of the Medupi Power Station, set to be the largest dry-cooled power station in the world once complete to the national power grid eight months ahead of schedule.

Eskom’s group executive for group capital, Abram Masango confirmed the report and said, the unit was loaded to 400MW, making it the fifth of the six Medupi units to be synchronised to the national grid.

“The achievement of Unit 2 first synchronisation, marks a key milestone towards the full commercial operation of the unit. Lessons learnt on previous units were implemented on Unit 2, leading to the swiftness in delivering first power,” said Mr. Abram.

The plant which will also be the fourth largest coal-fired power plant, is located in Lephalale, Limpopo. It is a greenfield coal-fired power plant comprising six units rated in total at 4,764MW installed capacity. It will be able to meet the electricity needs of 3.5 million households in the country.

The first unit of the coal power station, near Lephalale Limpopo, went online and into operation in August 2015.

The synchronization of the unit, which is when the generator in the unit is, for the first time, electrically connected to the national power grid so that it is aligned with all other generators on the grid, was reached ahead of the June 2019 schedule.

Medupi Acting Project Director Zandi Shange said the next step will be the testing and optimisation of the unit, resulting in the unit being able to generate full power of 794MW of electricity feeding into the national grid for the country’s consumption.

Eskom explained in a statement that during this testing and optimisation phase, Unit 2 will be delivering power intermittently, thus contributing to the stability of the country’s electricity supply.