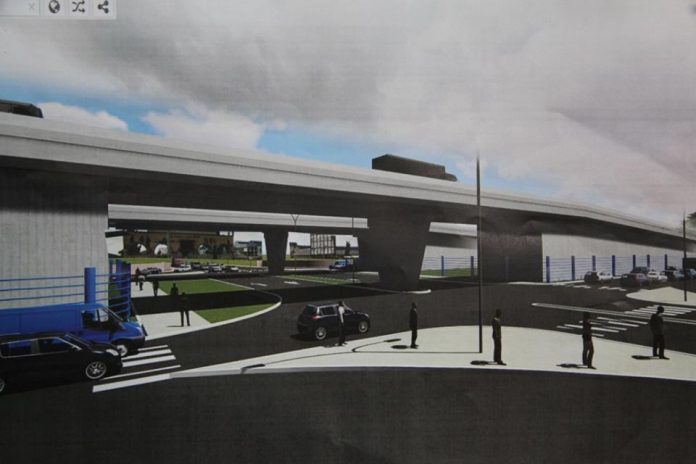 Sachi Ramsunder, the Project Manager explained that the bulk of work remaining for the fly over bridge and the road network would be completed in about five weeks time. The road expansion is designed as a 10-lane highway comprising, three express lanes and two-service lanes in each direction.

Works on the road began in 2017 with the funds sourced through the state Internally Generated Revenue. According to the Project Manager, the quality of construction equipment and materials mobilized for the road, will make it meet international standard.

The route alignment from the International Airport had three major spurs leading to Ikeja metropolis via the Toll Gate and Local Airport, as the second spur led to the Isolo/Mafoluku axes, while the third spur led to Oshodi and Apapa Expressway.

The reconstruction is expected to end gridlocks and scale-up value of property in the area. It will also accommodate five pedestrian bridges, one U-turn and flyover bridges as well as walkways.

“We appreciate what the state government is doing through the ministry of works and infrastructure and we have come to conduct an inspection of the site, look at quality control that has been put in place, the quality of materials and the machines and endorse the function of the road. From what we have seen, there is improvement on work done, on the project,” NSE chairman, Ikeja branch, Olufunmilade Akingbagbohun said during the visit at the site.

The Chairman also lauded the 50% of local engineers involved in the project, describing it as an acknowledgment of local content in Nigerian construction sector and appealed to motorists plying the road to endure the inconveniences caused by the massive project, stressing that it would pay off when it’s completed.