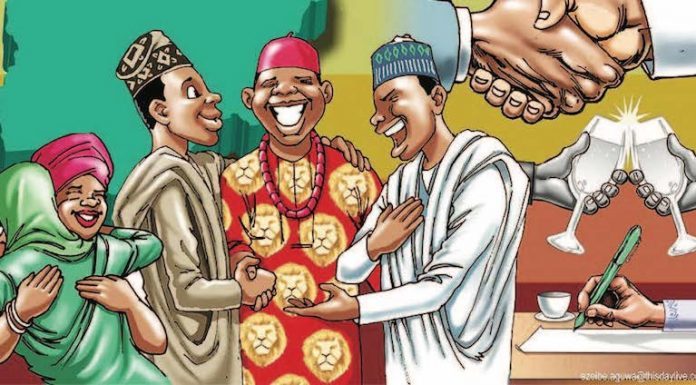 The pension sector no doubt, is one of the fast growing sectors of the economy since the introduction of the funded Contributory Pension Scheme (CPS)
Indeed, with the quantum of assets accumulated by the sector, Nigeria has no doubt recorded significant success in the reformation of its pension sub.

Aside the quantum of assets accumulated by the sector which currently stands at N8. 14 trillion invested in various portfolio, a good sign that the country has achieved improvement in its pension sub-sector is the growing interest and awareness among Nigerians on pension matters.

Indeed, every Nigerian worker, irrespective of his level, is now aware that pension benefit is a package waiting for him at retirement.

The National Pension Commission (PenCom) crowned it all by perfecting plans to introduce the micro pension scheme, for informal sector operators.
According to the commission, guidelines on the micro pension has been approved by government and would soon be rolled out.

When fully operational, the micro pension scheme would not only shoot up the pension assets, but would give hope of safe and enjoyable retirement Nigerians..

Having this at the back of their minds, every Nigerian worker is interested in pension matter and is eager to contribute his ideas on such matter anytime, anywhere.
A good pension scheme serves as an incentive to new employees and helps to hold back experienced staff.

It is, therefore, the responsibility of a good employer to articulate and design a good pension plan that will motivate staff.

Fifty-eight years after independence, Nigeria has recorded huge success in the transformation of its pension system which had in the past recorded ugly history.

Improvement in this regard was so tremendous that the rest of African countries now look at Nigeria as role model in the reformation of their pension system
Before the advent of the current CPS established by the Pension Reform Act of 2004 (as amended in 2014), Nigeria was operating the Defined Benefit Scheme (DBS), currently tagged old scheme.

It came into effect in April 1974 but was backed up by an enabling law in 1979. The scheme, which then was largely unfunded, was characterised by problems of different magnitude and complexities, such as lack of accountability, transparency, mismanagement of funds and corruption.
The consequence of this was that Nigerian pensioners were denied payment of their benefits.

The result was that many retirees, died out of shock, heart attack, stress on regular calls for verification of pensioners and other serious life-threatening hardships to which they were subjected to, to be eligible to be paid their gratuity and pension.

Many of them after the sufferings never received the said pensions until they died.
Some time ago in Nigeria, precisely in 2010, media reports went wide about a particular pensioner who was ill and his children continued to struggle for payment of his monthly pension arrears to enable them take him to hospital for treatment, but the paymasters insisted that unless he was brought out from the hospital to the point of verification, he would not be paid.

The children later succumbed and carried the sick pensioner to the verification venue only for him to give up the ghost on the way and the children vehemently brought the body to the pay masters before his entitlement was paid.

This was one of the gory experiences of pensioners simply because the pension fund managers then preferred to divert the provided money to their own account while the real owners die in poverty and penury.
This ugly situation, continued until in 1999, when the former president Olusegun Obasanjo was confronted with the challenge of rampage by retired military officers. He was then compelled to form a committee which he sent to different parts of the world to study the pension system in advanced countries.

The committee later came up with suggestions and advice for Nigeria to adopt the on-going CPS being practiced in Chile.
Owing to this, the Pension Reform Act was in June 2004, signed into law thereby establishing the regime of CPS.
The scheme was meant to accommodate workers who had three years to go for retirement before the enactment of the contributory pension scheme.
While those who had from four years up to retire were accommodated. Others were retained under the DBS.

Also, military personnel were exempted from the CPS.
Pensioners under the contributory pension scheme and these under the Defined Benefit scheme now receive human treatment with respect from managers of the scheme.

At the verification exercise conducted by the PensionTransitional Arrangement Committee( PTAD) for about 21,000 pensioners residing in Lagos who are under the DBS recently, one of the pensioners, Mrs M.Shonowo, said: “The arrangement now is superb.”

The amended version of the Act requires that employers of labour with two employees should enrol them into the scheme while the employee contributes 8 percent of his monthly wage and his employer 10 percent which should be saved in his RSA.

The CPS, has remained one of the most successful and enduring legacies left by the Obasanjo administration.
But as successful as the CPS is, the regulator is still battling to fine tune it and ensure that every working Nigeria is brought under the scheme.

At 58, Nigeria, currently looked upon by other African countries is still faced with three major challenges in its effort to build a perfect an all-encompassing pension system.

These challenges are how to secure the compliance of all eligible employers of labour to the scheme, how to take every working Nigerian into the CPS scheme through the micro pension scheme and how to judiciously invest the accrued funds in such a way that the contributors will feel the positive impact of the invested funds while reaping its yields.

One of the innovations introduced into the CPS this year was the introduction of the multi fund structure which classified investment of pension into four classes of fund one, fund two, fund three and retirees fund which is fund four.

Overall, given the level of success recorded by Nigeria in the journey to enthrone the regime of workable and functional pension system, one would say that the country has successfully covered reasonable distance in its journey to achieve perfect pension system that would conquer the fear of retirement among Nigerians and at the same time build long term investible funds that will help to keep Nigeria on stable economic track.

Former Managing Director/CEO ,Premium Pension Limited, Mr. Wilson Ideva, had attributed this success story to what he described as the ‘airtight statutory provisions and the efficiency’ of PenCom.

Former President Olusegun Obasanjo, to whom credit of achievements recorded in the pension had also said: “I am proud to say that 8 million employees from both the public and private sectors in Nigeria have been registered under the CPS and have all opened Retirement Savings Accounts and the scheme has so far accumulated about pension assets over N8 trillion.”