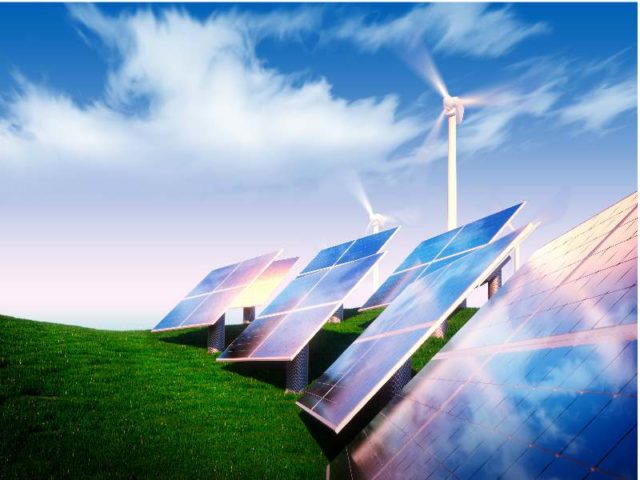 From basic lighting solutions to mini-grids, Africa’s decentralised renewable energy (DRE) market has recorded significant growth with 11.2 million units of branded pico-solar products sold between 2009 and the first quarter of 2015. Geospatial analysis by the International Energy Agency suggests that the most cost-effective solution for electrifying at least two-thirds of rural households by 2030 will be through DRE. Are you ready to take up the opportunities that this market presents?

According to the IEA, 588 million people in Africa are currently without access to electricity. While Asia’s off-grid population has halved since 1990, in Africa this has increased by 211 million people since 1990 and is projected to continue rising for the next decade. These statistics put Africa’s DRE market opportunity at the very top of the energy access prospect ladder globally, second only after India.

This article first appeared in ESI Africa Edition 4, 2018. You can read the full digital magazine here or subscribe here to receive a print copy.

In recent years, DRE has emerged as a faster and more affordable option to drive energy access to the continent’s off-grid population especially in rural areas. This is particularly true of Nigeria, which is still an energy poor country despite historical massive investments in its electricity sector. There is a significant off-grid DRE market opportunity in Nigeria. The World Bank in 2016 puts Nigeria’s off-grid population at about 75 million with that number increasing with the country’s annual population growth. There is a notable growth trajectory in the off-grid solar market: 1.7 million solar products sold between 2015 and 2017, and an annual growth rate of 36% between 2014 and 2016.

Yet, the current level of finance and investment in the DRE market falls significantly short of what is required for commercial unlocking. The lack of investment flows is evident as most of the off-grid market is still largely funded by development organisations. What exists currently is a smattering of commercial finance in Africa’s most promising off-grid market despite several policies and regulations, including the fairly new Nigerian Mini-Grid regulation that ought to attract a rash of investors.

The plight of an entrepreneurial market

Many technology providers and companies acknowledge challenges in raising patient capital from local finance institutions and remain increasingly dependent on donor funds. The need to unlock local financing for this market was quite glaring following the negative impact of the 2016 economic recession, which saw the naira equivalent of foreign loans go up by almost 250%. This situation not surprisingly led several local DRE enterprises to become adverse to long-term foreign finance. Likewise the instability in the country’s foreign exchange market led to significant capital flight and investor hesitancy as well.

The Nigerian Government’s financing commitment in the sector has primarily been limited to budgetary allocations for renewable energy projects. Nigeria’s Rural Electrification Agency (REA) plans to deploy 10,000 mini-grids across the country by 2023 – mainly through donor and private financing – and yet estimates that installing 100kWh per mini-grid will only meet 30% of anticipated demand in the country. Recognising the DRE market opportunity, the government is working on creating an enabling environment through policies such as the Rural Electrification Strategy and Implementation Plan (RESIP), and the Mini-Grid Regulation; provision of debt finance for DRE enterprises through the Bank of Industry (BOI); setting up of a Rural Electrification Fund; and exploring public-private off-grid initiatives under the National Solar Programme.

It is important, however, to note that the tide in investment flow for the Nigerian off-grid DRE market is evolving, even though it is barely matching the growing energy demand. As Africa’s largest electricity market, Nigeria has accrued a significant number of electricity financing commitments. Between 2013 and 2014, Nigeria and Ethiopia received the highest electricity commitments in Africa of $2.4 billion per year for both the grid and booming off-grid market. Nigeria’s off-grid market for mini-grids and solar home systems is estimated to yield $10 billion annually in revenue and savings of $6 billion for Nigerian homes and businesses.

Several DRE enterprises in Nigeria operate under different business models and often have different finance requirements. Most DRE enterprises are internationally classified as small businesses (or SMEs) with capital needs ranging from $3 million to $5 million, or $10 million to $20 million. These enterprises usually have limited history in the sector, and their key market consists of rural consumers with little or no formal credit history. As such, they mostly do not meet the investment criteria for Multilateral Development Banks and even when successful in applying for funding, wait several years to access it.

Two key DRE business models have emerged showing strong potential for commercial viability: A Business-to-Consumer (B2C) model for basic energy services such as lighting and mobile charging usually under 500W capacity. Consumer payments are usually aligned with consumer cash flows, and can scale quickly with small capital investment. The Business-to-Business and Business-to-Consumer (B2B + B2C) model with installed capacities from 30kW provides power to commercial anchor clients such as a rural mobile tower in addition to rural households. These models form the basis of a larger research paper in which as the authors we explore how DRE businesses in Nigeria can unlock financing for scale.

What are your finance options?

The options include a combination of debt to financing instruments such as Credit Guarantees or First-Loss Facilities (including the Basket Approach and the Portable Guarantee approach). In the research paper we also consider Currency Risk Mitigation to blunt the negative impact of currency fluctuations on the sector. We make the argument for Subsidised Loans where the government or an international financial institution can cover the interest on loans, removing the financial burden from the DRE enterprise. We explore innovative blended finance instruments and long term debt, soft loans and equity for working capital, project expansion, or Greenfield projects.

The white paper also addresses the argument for public financial instruments where the central bank deploys an incentive-based risk sharing scheme for the DRE sector. This can be supported by clean energy funds such as the Green Climate Fund (GCF) and Clean Investment Fund (CIF) – where both funds are accessible through development cooperation under the United Nations framework and multilateral development banks. This would necessarily include Nigeria’s Green Bonds issued in December 2017, and recently listed on the Nigerian Stock Exchange in 2018.

Other innovative financing options include securitisation of pay-as-you-go (PAYG) receivables, block chain technology and crowdfunding platforms. Analogous to this are diaspora remittances and how these can be innovatively deployed for the sector. One low hanging fruit lies in unlocking mobile money to drive revenue for companies and increase DRE penetration to help companies scale quickly. For the growing Nigerian mini-grid market we consider the Split-Asset Model where generation and distribution components are separated to spread risks and accelerate scalability.

Financing challenges and an increasing number of DRE enterprises looking to serve this huge market has increased competition for the limited funding from development institutions. Nigeria’s DRE market is ripe for bold investments but will require innovative finance solutions for a market this size to achieve growth and scale. The only way to accelerate access and end energy poverty faster is to draw bigger and bolder investments into the Nigerian market.