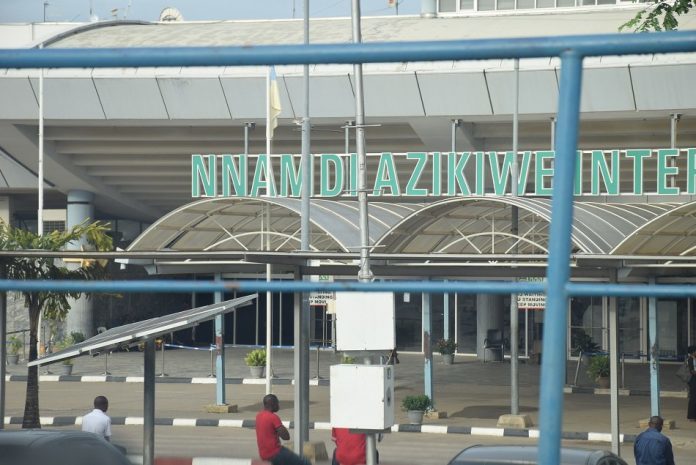 Nigeria’s President Muhammadu Buhari has commissioned a new terminal at the Nnamdi Azikiwe International Airport in Abuja, which has a capacity to process 15 million passengers every year and covers a space of approximately 56,000 square metres.

According to the President, the new terminal shows the Federal Government’s commitment in developing Nigeria into a regional air transportation hub and assuming its leadership in the aviation sub-sector. “The new terminal is the first to be connected to rail transport system in the country and the region at large, providing the users with choice in the mode of transport to and from the city centre,” he added.

Facilities at the terminal

The terminal also has 72 check-in counters, five baggage collection carousels, 28 immigration desks at arrival and 16 at departure. Other facilities include eight security screening points, eight passenger boarding bridges, walkway to link the FCT metro rail and additional apron for remote parking of aircraft, among others, that were designed and laid out in accordance with modern requirements for airport operations.

The president further urged government officials in charge of the gateways to sustain the momentum and ensure travellers in and out of the country have the best experience possible as a necessary complement to the ultra-modern terminal.

The Federal Airport Authority of Nigeria (FAAN) Managing Director, Mr. Saleh Dunoma, also commented that the new terminal would be used for international flights, while the old one would be used for domestic flights.