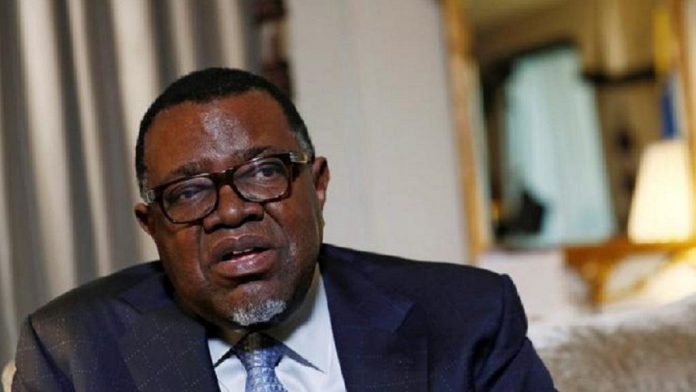 Namibia’s ruling SWAPO party elected Hage Geingob as its president at the weekend, the party said on Monday. He has previously been its acting president.

Geingob, president of Namibia since 2015 but acting president of the ruling party, won 574 out of 766 votes at the elective congress, said Sisa Namandje, a lawyer who presided over the voting.

Secretary General of SWAPO in a statement said the party was keen to entrench its place as ““a mass based political party born and steeled in the crucible of a popular and heroic struggle for national independence aimed at uniting people of Namibia, irrespective of race, religion, sex or ethnic origin into a democratic, vibrant and peace loving nation”.

Namibia’s founding father, Sam Nujoma and Pohamba, did not attend the congress because the two had travelled to neighbouring Zimbabwe to witness the swearing in of new president Emmerson Mnangagwa.

SWAPO started out as an independence liberation movement formed in 1960. It has been Namibia’s only governing party since independence in 1990.

The party won the last general elections in November 2014 winning 86.73% of votes and 77 out of 96 legislative seats.