Home Infrastructure Mbale Road construction ahead of schedule in Uganda 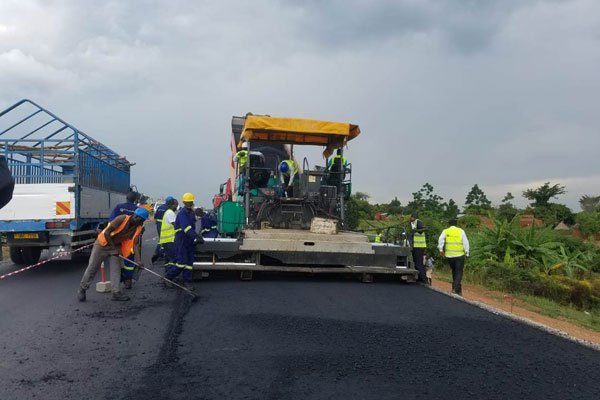 The 99 kilometre road to Mbale currently under construction in Eastern Uganda is already 30% complete 7 months into the 25 month contract. The road which stretches from Tirinyi through Nakalama and ends in Mbale a total distance of almost 100 kilometers is being constructed by Dott Services a construction company with operations in Uganda, Tanzania and India.

The Tirinyi to Mbale road construction in Uganda involves the improvement of the subgrade with G30 grade grave while in narrower sections the road will be widened and benching done to ensure a 9.6 metre road width which will allow for a 7 metre carriageway and shoulders.

The road construction will also involve replacing all the metal culverts which had deteriorated over time or had been vandalized.  According to the contractor a total of 44 Box Culverts, 124 Pipe Culverts of 900mm and 1200 mm diameter will be installed along with  numerous 600mm access culverts, and lined side drains.

Work on the project had initially been delayed owing to disputes arising with the client over project variations occurring during the actual construction work. This was due to significant deterioration of the road that would not allow for a simple overlay of asphalt as earlier envisaged in the contract

Dott services is also involved in the construction of Arua Town Water and Sanitation project, Kampala main sewage and pipeline project and construction of power lines across the country among other projects.