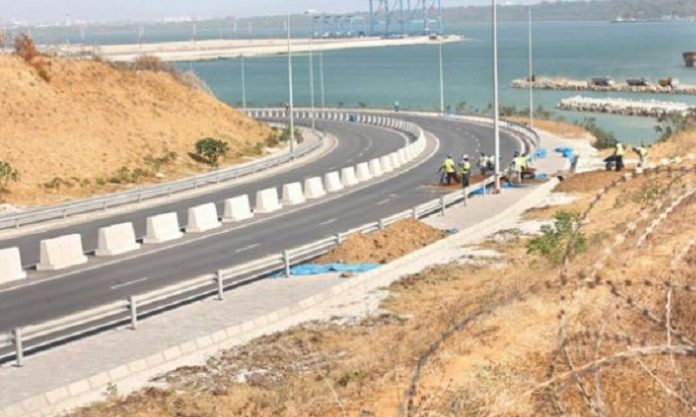 Kenya is set to open phase one of the US $108.6m Dongo Kundu bypass for public use by next week. This is according to KeNHA’s Coast Regional Director,Jared Makori.

The bypass project which started in July 2016 is expected to  decongest the Mombasa-Nairobi highway. The project runs from Mombasa Port’s second container terminal and links the highway at Bonje, near Mazeras.

“Motorists will be allowed to use the roads in the first phase.The works are now complete and we want to officially hand it over to the public,” said Jared.

Meanwhile plans are underway for the construction of the second and third phase, which will connect the north and south coast.According to the Kenya National Highways Authority(KeNHA), work will start by July on the remaining two phases at a cost of US $296.2m.

The project is aimed at easing transport within Mombasa County, boost industrial development and reduce transportation cost.Mr Makori said the road will boost confidence among investors in the hospitality industry who have complained about poor transport.

“They were shying away from putting their money in an area faced with serious transport problems,” said Jared Makori. “It will also provide an alternative to the busy Likoni channel, which has been afflicted by frequent breakdown of ferries,” he added.

Motorists are in most occasions delayed at the channel due to traffic snarl-ups. At least 320,000 people and more than 6,000 vehicles use the Likoni channel daily.

In phase two, an 8.9 km road between Mwache Junction and Mteza will be built while the third phase will see the construction of a 6.9 km road between Mteza and Kibundani, linking the highway to the Likoni-Lunga Lunga Road where there will be an interchange.

Additionally, two bridges will be constructed, one at Mwache 900 m long and another at Mteza 1400 m long.A sightseeing bay will also be build and 88 hectares of mangroves will be replanted