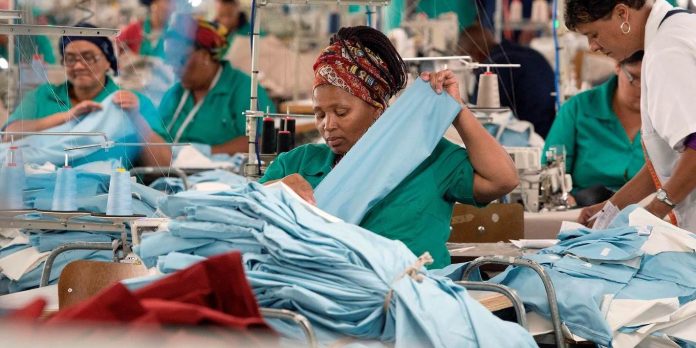 Although Africa has recorded strong economic growth in recent years, and will continue to do so this year, its gains will remain fleeting until it undergoes a long-awaited transition away from commodity exports and toward manufacturing. That, in turn, will require leaders who are willing to put the economy before narrow political considerations.

ABIDJAN – Africa is at a crossroads. Six of the world’s ten fastest-growing economies are now located in the region, and the continent’s GDP is expected to grow at a rate of 4.1% this year, up from 3.6% in 2017.

Yet Africa’s economic growth has not been accompanied by a commensurate level of job creation, which has particularly negative implications for women and young people. In fact, today’s jobless growth could even reverse the gains made in eradicating poverty in recent years.

The problem is that Africa’s growth, while impressive, has been volatile, because it has been driven mainly by high commodity prices, rather than by manufacturing. The economic effects of this imbalance should not be underestimated. Among other things, it explains why a region that produces about 75% of the world’s cocoa accounts for just 5% of the nearly $100 billion annual chocolate market.

Despite its vast natural resources, Africa will remain at the mercy of commodity prices and trade flows until it undertakes a profound structural transformation. The time has come for Africa to unlock its true economic potential by following in the footsteps of every modern economy and undertaking the transition from agriculture to manufacturing.

Africa’s manufacturing sector is the weakest link in its ongoing integration into the global economy. Today, primary products (raw materials) comprise 62% of Africa’s total exports, the highest share in the world. At the same time, manufactured exports per capita in 2014 totaled just $218, which is among the lowest levels in the world, and far below other developing regions such as Asia ($883) and Latin America ($1,099). Clearly, Africa must start catching up.

But such pronouncements are meaningless in the absence of concrete action. To change the region’s economic trajectory, African policymakers must focus on three key areas: industrial policies, infrastructure financing, and leadership.

We now know that industrial policies can be effective in boosting growth. The question is whether states possess the capacity to implement the policies they design. If they do, they can channel resources toward industry and marshal available technologies to create synergy between the agriculture and manufacturing sectors.

A number of African countries have already moved in this direction. Ethiopia, for example, has created special economic zones, where it has lowered production costs by investing in infrastructure. As a result, the country has emerged as Africa’s largest hub for textile manufacturing, attracting major players like H&M and Primark. Similarly, Rwanda’s Kigali Special Economic Zone, which exempts firms from taxes for ten years, has attracted a $20 million investment from Volkswagen for a new vehicle-assembly plant.

But industrialization cannot happen without power, roads, and railways, which is why infrastructure must be a key focus. As of now, the AfDB pegs Africa’s infrastructure gap at $130–170 billion per year. Closing it will require not just more financing, but also more innovative thinking, particularly concerning joint public-private efforts.

To that end, the AfDB has expanded its portfolio for financing new infrastructure projects in several countries. As part of our “New Deal on Energy for Africa,” we have scaled up investment in renewable energy and put $265 million toward developing two solar-power plants in Morocco. In Côte d’Ivoire, where demand for energy is surging by 8-9% annually, we are investing $60 million to bring a new 44-megawatt hydropower plant onstream.

African countries should make such investments now to reap the demographic dividend of the continent’s population bulge in the years ahead. As manufacturing activities expand, they will need to be supported by more robust knowledge- and skill-based economies, which will require higher investment in education to boost technical and vocational skills and training.

No country has ever undergone economic modernization without industry. But, more to the point, no functional industrial sector has ever emerged in the absence of strong, committed leadership. Consider Mauritius, which in the 1970s was a low-income mono-crop economy with a per capita GDP of just under $250. Today, Mauritius is an upper-middle-income country with a more diversified economy and a per capita GDP of around $9,600. It is often cited as a model of economic success in Africa.

How did this come about? As former Mauritian Prime Minister and President Anerood Jugnauth has put it, “There is no miracle. It is due simply to hard work, discipline, and will.” Leaders who want to develop a strong manufacturing base must have the political will to distribute resources fairly and pull the private sector along.

Mauritius experienced its fair share of challenges in moving from low-end manufacturing to technology-intensive goods and services. But it now stands as an example of what committed leadership can accomplish. Other African countries would do well to emulate it as they pursue their own economic transformations.

All told, Africa is well placed to seize many of the opportunities that the global economy offers emerging markets. It already has the resources and the labor; now it needs committed leaders like Jugnauth who will implement the right policies