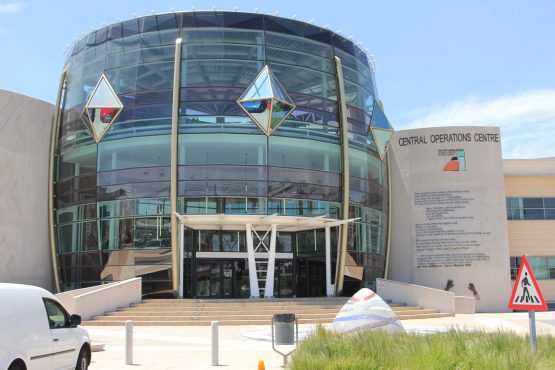 South Africa’s National Treasury on Thursday rallied behind Dan Matjila, the chief executive of the government’s 2 trillion rand ($160 billion) state pension fund, dismissing a Bloomberg report that said it was considering his suspension.

Matjila, who has headed the Public Investment Corporation (PIC) since 2014, has come under pressure in recent weeks after an opposition party asked the Treasury to suspend and investigate him over allegations of misuse of funds and careless investment decisions.

“Treasury has faith in Mr Dan Matjila’s leadership,” it said in response to emailed questions. “The Minister is satisfied with the PIC’s overall performance.”

The PIC and Matjila himself also dismissed the “rumours” that he would be suspended.

“I don’t know where these rumours are coming from that I’m going to be suspended,” Matjila told reporters in Cape Town.

“I’ve been there for 15 years, I am comfortable. We’ve done a great job, my team is there motivated as ever. We are producing the results for our clients and most importantly our clients are happy.”

The United Democratic Movement’s (UDM) allegations come three months after Cyril Ramaphosa took over as president of South Africa on promises that included rooting out corruption in government and state firms.

The UDM alleges that Matjila used funds to bankroll a business of someone close to him and was not prudent in paying a 4.3 billion rand for a 29 percent stake in loss-making technology upstart, Ayo Technology.

Last year, he was cleared of any wrongdoing by an internal audit committee that looked into allegations that he bankrolled the business of someone close him.

UDM leader Bantu Holomisa said: “We’re challenging Ramaphosa to walk the talk.” He said his organisation was preparing to send a letter to Ramaphosa to investigate the allegations.

In the letter, dated May 31 and seen by Reuters, UDM said Matjila should be investigated by an independent party for making questionable investments in companies such as Ayo Technology and crisis-hit retailer Steinhoff .

In an interview with weekly magazine the Financial Mail, published on Thursday, Matjila defended the fund’s investment in Ayo Technology, saying it was a decision based on the prospects of the company.

“We backed a strong BEE company,” Matjila told the Financial Mail, referring to companies majority-owned by black people. “We thought that price on the table was reasonable,” he said.

Ayo Technology, which debuted on the Johannesburg bourse in December last year, is trading at 35 rand per share, giving it a market capitalisation of around 12 billion rand. That suggests the PIC stake is now worth roughly 3.5 billion rand.

The PIC is the biggest investor in South Africa’s economy, holding a large chunk of government bonds and stakes in blue-chip companies such as miner Anglo American, lender Barclays Africa and grocer retailer Shoprite .