Home Infrastructure Construction of US $3.8m Gobachop Market in Liberia on track 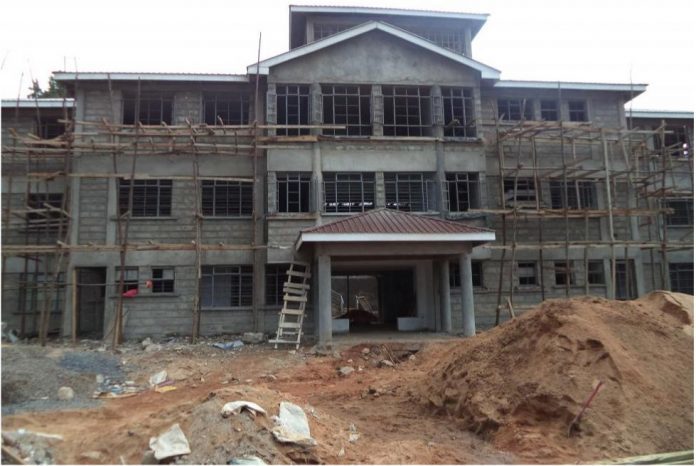 Construction works on the modern 14th Gobachop Market in Paynesville, near Monrovia in Liberia on track and progressing well.

The market which is being built at cost of US $3.8m is fast leaving foundation level, with other mini buildings including the six compartments of toilet, generator room and bathroom almost completed.

The 14-Gobachop is one of several projects that the president is undertaking to transform the lives of his people and also his continuation of the fulfillment of promises he made to ordinary Liberians, mainly marketers during the 2017 election campaign.The president few months ago broke ground for the construction of a multi-million dollars state-of-the-art market structure for marketers in Gobachop Market in Paynesville

The market is expected to contain distinct compartments for the sale of different food stuffs and other goods as well as car park. Once complete the market will house thousands of traders and bring an end to unfavorable weather conditions that traders face everyday, affecting their health, goods and safety. Over the years the traders have been selling their products under the scorching sun and downpour.

The project is being funded by the Japanese Government and implemented by Liberia Agency for Community Empowerment (LACE). Additionally the President also announced government’s plans to provide 10 acres of land to the Transport Union of Liberia to build a modern transit facility. He affirmed the citizen  most of them in the transport sector, of his government’s continuous commitment and support to improving their situation.