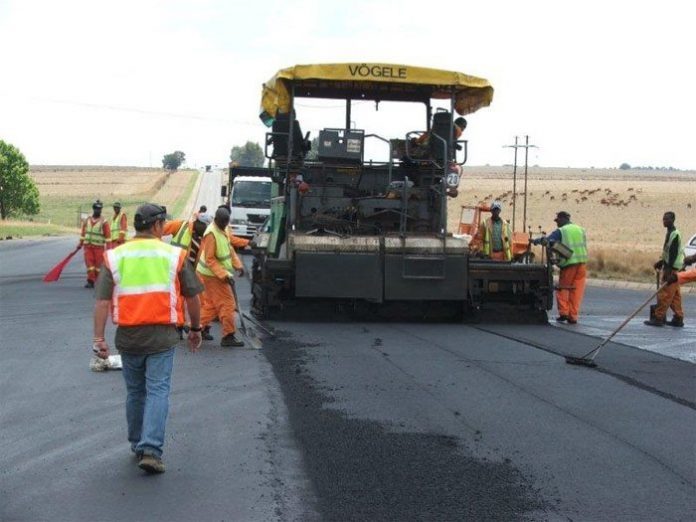 Construction and repair works on 25 kilometres of roads at Dansoman in Ablekuma West municipality of Ghana has commenced. This is according to the Ministry of Roads and Highways.

The road project which is aimed at improving mobility in the area, will consist of reconstruction of the Western Link Road, adjacent the Dansoman main road, and adjoining roads, in addition to asphalting of 12 kilometres of roads.

A local construction form, Oswald Investment Limited, is undertaking the project, which forms part of efforts by the Ministry of Roads and Highways to repair roads in the municipality.

The development will take six months to complete upon which it will significantly reduce traffic on the main Dansoman road, and bring relief to commuters, and those heading towards the central business district from Cape Coast.

While launching the project, the Minister of Communications, and Member of Parliament (MP) for the Ablekuma West constituency, Mrs Ursula Owusu-Ekuful, asked the contractors to ensure quality work and timely completion.

The MP recalled that the construction and repairs of roads in the area had been a necessity of the residents for some time, during which some of them had taken to the streets to voice their frustrations.

Mrs Ursula also appealed to owners of buildings and other structures which are earmarked for demolition to pave way for road construction, to cooperate with the authorities for the collective benefit, adding that other road and drainage projects were being negotiated and would be started in due time, to resolve flooding and related challenges in parts of the constituency.

Reaffirming her commitment to address the needs of the area, the Minister urged the constituents to exercise patience as the government had not turned a blind eye to their predicaments. The Municipal Chief Executive, George Cyril Bray, said the government would not renege on its responsibilities, and would, therefore, need the corporation of the people to fulfill its mandate.