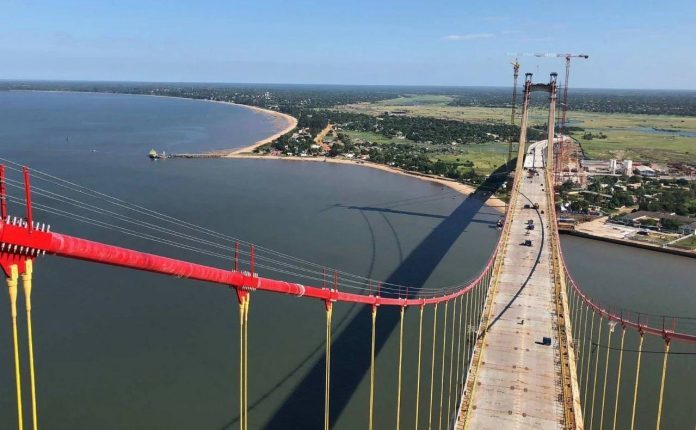 The Maputo–Katembe Bridge in Mozambique, Africa’s longest suspension bridge that cost whopping US $750m has officially been opened to traffic.

Financed by China and built by China Road and Bridge Corporation, the project began in June 2014. The entire structure is nearly 3km long, comprising a kilometre-long ramp on either side of a 680-metre span over Maputo Bay, which opens onto the Indian Ocean.

Its presence will connect Maputo on the northern bank and Katembe on the southern bank. The bridge also plays a vital role in connecting South Africa to Mozambique reducing travel time from 6 hours to 90 minutes between Maputo to Kosi Bay – KwaZulu-Natal’s east coast border post.

The project also includes 200 kilometers of roads and five smaller bridges between Maputo and Ponta do Ouro, in the south of the country, close to the South African border. The project however faced a number challenges during construction process.

In 1989, a proposal of the bridges was drafted as part of the urbanization policy. The World Bank endorsed it but the project was later shelved after years of unrest in the country. In 2010, José Sócrates, the then Portuguese Prime Minister offered to fund the project.

The China Export-Import Bank (Ex-Im) took over the construction as a loan agreement. A delay in the construction was also encountered due to resettlement disagreement of about 900 families.

Some of the domestic contribution of the construction of the bridge and links roads is creation of 3000 jobs to the local population, transfer of technology to local people and auxiliary projects such as local schools and houses for resettled families.