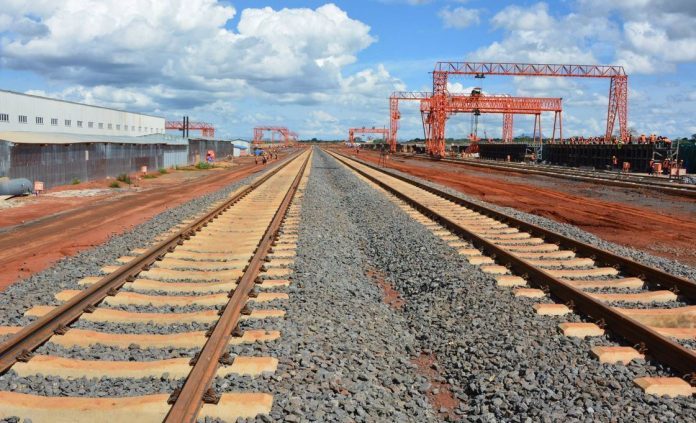 Three member states of the Southern African Development Community (SADC), Zimbabwe, Botswana and Mozambique have inked down a memorandum of understanding(MoU) that will see construction of a railway line linking the three countries.

The proposed railway line conforms well to the SADC subject on infrastructure development which encourages formulation of infrastructure to promote regional integration.

“Infrastructure development forms a larger market and greater economic opportunities. It is critical for promoting and sustaining regional economic development, trade and investment, and it also contributes to poverty eradication and improved social conditions.” States the SADC.

Speaking during the signing of the agreement last week, President of Botswana H.E Mokgweetsi Masisi said that the railway line will be a boost for regional integration.

“The Port Techobanine Inter-regional Heavy Haul Railway project is one of the crucial projects we agreed on. It will lead to creation of an international trade route linking Francis town in Botswana, Bulawayo in Zimbabwe and the Mozambican port of Techobanine to the eastern markets,” said President Masisi.

“The project needs to be a priority because alongside being a vital trade corridor, it will unlock the economic potential of the three countries and contribute towards greater regional integration,” he added.

Zimbabwe’s Foreign Affairs and International Trade Minister, Dr. Sibusiso Moyo said that the three countries are now working on timelines to facilitate implementation of the railway project whose length is projected to be close to 2000 kilometers.

Funds for the project.

The three countries’ Governments as well as private partners are expected to offer funds for the project. According to the MoU signed by the three states, each country is expected to provide US $200m towards the cost of the project with the rest of the work to be done through a public-private partnerships (PPPs).

The venture will facilitate inter-regional trade upon completion, through shipment of passengers and up to 12 million tons of goods a year passing through the three countries.

SADC), which is an organization committed to Regional Integration and poverty eradication within Southern Africa through economic development and ensuring peace and security