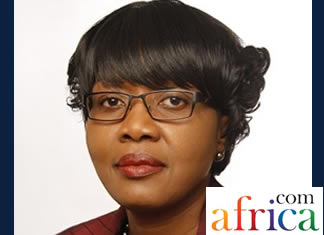 WOMEN ARE PROVING TO BE GREAT LEADERS DURING COVID-19. IS THIS THE PATHWAY TO POWER

In this session of the webinar series Crisis Management for African Business Leaders Africa.com Chair and CEO, Teresa Clarke leads a panel of influential women from a range of sectors.

Joining us as a key speaker will be:
HER EXCELLENCY
Saara Kuugongelwa-Amadhila
PRIME MINISTER OF THE REPUBLIC OF NAMIBIA
Read More >>

Honourable Saara Naandjila Kuugongelwa-Amadhila is the current Prime Minister of Namibia.
She obtained her first Degree, a Bachelor’s Degree in Economics, from Lincoln University, USA in 1994 and a Master’s Degree in Financial Economics from the London School of Economics in 1998.

Dr Kuugongelwa-Amadhila worked as the Director-General of the National Planning Commission from 1995 until 2003 when she was appointed Minister of Finance, a position she held until March 2015 when she became Namibia’s first female Prime Minister. In terms of the Namibian Constitution, the Prime Minister is the Leader of Government Business in Parliament and coordinates the work of the Cabinet as Head of Government Administration.

About Africa.com
Africa.com is a media holding company with an extensive array of platforms that reach a
global audience interested in African content and community. Africa.com’s interests include
a business publisher’s ad network, content syndication, the website at www.iafrica.com,
email newsletters, various social media platforms, and internet domain names ending with
the “.africa.com” extension. Africa.com operates from Johannesburg, Lagos, and New York,
and has a presence in Cape Town and Nairobi.