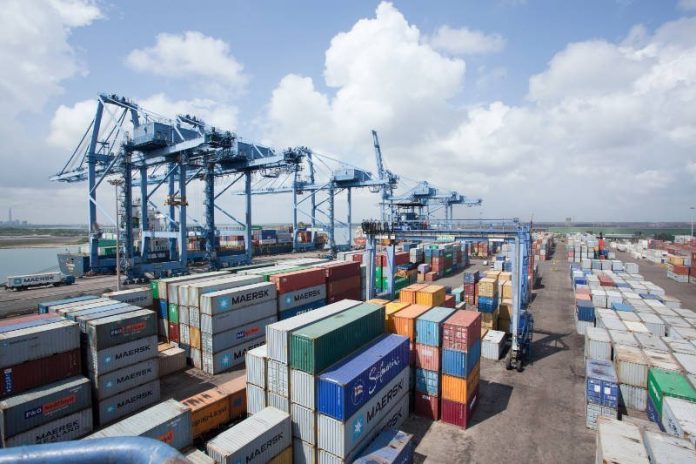 Uganda has announced plans to construct a dry port for its cargo in Naivasha Kenya as part of the joint Standard Gauge Railway (SGR) project push between the two countries. Kenya’s President confirmed the reports and said Kenya will offer its neighboring country land to construct the dry port.

The President said the move to develop the port is aimed at retaining and expanding the Ugandan cargo business. It is also part of Nairobi’s reassurance on Kenya’s commitment to keep Uganda as its biggest client for transit cargo. Details and terms of the dry-port offer were however not stated.

Upon completion, the port will act as a base for its cargo that lands at Kenya’s port of Mombasa. The dry port will also see Uganda play a more crucial role for the hinterland countries, including Rwanda and DRC, and also hints at Kenya’s commitment to come through with the last mile of the SGR railways line between Kisumu and Malaba, which will see Uganda secure funding for its Kampala-Malaba line.

“I have confirmed to President Museveni that with that development in Naivasha and then moving the SGR to Malaba, goods will be able to move from Mombasa to Malaba in just two days,” said President Kenyatta.

On his part, Ugandan President Yoweri Museveni indicated that they also look forward to partnering on other projects with Kenyan brothers. Uganda is the biggest market for Kenyan goods and the biggest client to the Port of Mombasa, especially for transit cargo, ahead of Democratic Republic of Congo (DRC), South Sudan and Rwanda.

“We shall take also advantage of the petroleum facility built in Kisumu so that we transport our petroleum products across Lake Victoria and save our roads from wear and tear occasioned by the heavy trucks,” he stated.

According to Kenya Ports Authority (KPA) 2017 annual performance report, the port saw a marginal 1.1% increase in transit goods traffic to 7.75 million tonnes. Uganda remained as the largest of the hinterland market accounting for 81.9% of the traffic or 6.34 million tonnes. By August this year, the SGR will have reached Naivasha.