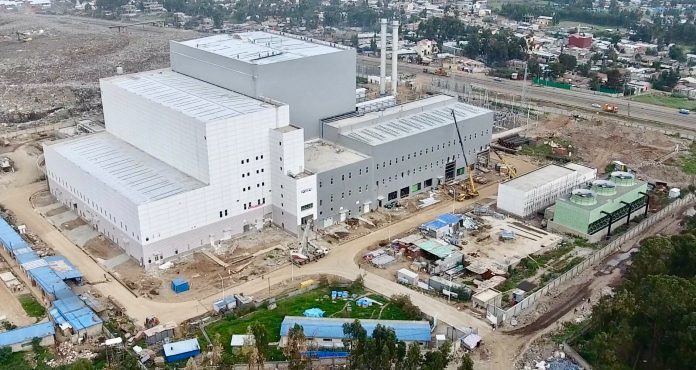 The Ethiopian Electric Power (EEP) is planning to restart operations of Reppie Waste-to-Energy power plant in three months after long disputes with contractors that led to delays in generating electric power.

The disputes which was between EEP and two contractors, Cambridge Industries and its partner, China National Electric Engineering Company (CNEE) led to the plant ceasing operations after its inauguration.

Cambridge Industries argues that the facility had a planned shutdown to complete handover discussions to an operation team from the Engineering, Procurement & Construction (EPC) team. Moges Mekonnen, corporate communications director of EEP has however affirmed that the issues have been resolved.

Moses also explained that despite the resumption of the facility settled, the two parties are still at loggerheads regarding power generating capacity. The issue will be handled by the governments of Ethiopia and China.

The Reppie waste-to-energy facility located in Addis Ababa, is the first waste to energy facility in Africa. It was constructed by CNEEC but fully financed by the Ethiopian government.
The plant is designed to generate electric power from solid waste collected from the capital. Incinerating 1,400tn of waste a day, the plant is meant to contribute 185GWh of electricity a year to the national grid. Ethiopian President Mulartu Teshome during the plant’s inauguration, described the project as a key driver of economic growth that is greatly a key driver of economic growth.

“Ethiopia has been investing extensively in hydro power, geothermal, wind energy, solar energy and now biomass to boost the manufacturing sector with a supply of clean, renewable energy. Reppie waste-to-energy project is part of that grand strategy” said President Mulartu.

The Joint EPC teams from Cambridge and the Chinese firm will provide training, first-year spare-parts and full consumables as well as continued warranty as per the EPC contract, according to the negotiation agreement. The EEP has also made outstanding payments to contractors and has agreed to have an operation team.