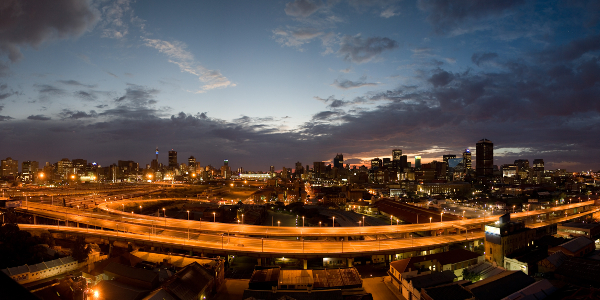 A recovery in oil production and a good harvest in Nigeria, as well as the easing of tensions in the Niger Delta account for more than half of the additional growth.

The policy environment has started to improve. Fiscal deficits are stabilising and current account deficits are narrowing, partly reflecting a slight rebound in commodity prices. The global environment has also been supportive, with strengthening growth momentum in the largest economies, commodity prices off their troughs, and improved access for sub-Saharan African economies to international capital markets.

Vulnerabilities have increased in the region, notably, due to rising public debt, financial sector strains and low external buffers. Public debt is high, not only in oil-exporting countries, but in many fast-growing economies as well. At the end of 2016, public debt exceeded 50% of GDP in nearly half of the sub-Saharan African countries. Debt servicing costs are also becoming a burden, especially in oil-producing countries. In Angola, Gabon, and Nigeria they absorb more than 60% of government revenues.

Driving this increase in debt is a combination of large fiscal deficits, a slowdown in growth, and in some countries, exchange rate depreciations. Increasingly, deficits are being financed by domestic banks and ultimately constraining the availability of credit to the private sector. In many countries, banks’ liquidity and solvency indicators have deteriorated, and non-performing loans have increased. Despite some narrowing in current account deficits, international reserves are now below adequacy levels in many countries, especially those with fixed exchange rate regimes.

These vulnerabilities are being compounded by political uncertainty resulting in a lack of clarity about future direction of economic policy, notably, in some of the region’s largest economies such as Nigeria or South Africa. This is weighing on consumer and investor confidence.

In this context, addressing fiscal vulnerabilities and unlocking constraints to growth emerge as the key economic policy priorities for the region.

Most sub-Saharan African countries are planning fiscal adjustments to contain the recent increase in debt. But with the growth momentum weak, it is important that wherever possible fiscal adjustment is undertaken in a manner that limits the adverse effect on growth, while preserving fiscal space for priority spending.

While fiscal consolidation is most pressing in oil-exporting countries, other countries can use this opportunity to focus on raising revenues and making room for outlays on health and education, and other spending that have positive social impact and long-term growth effects.

However, the report says any further postponement of fiscal adjustments will likely increase public debt above sustainable levels given the recent pace of debt accumulation.

The need to address infrastructure deficits – even in an environment of limited fiscal space – through well planned efficient investments is clear, but it is also critical to make progress on complementary reforms such as improving governance, including the areas of rule of law and government effectiveness, in which the region lags behind other developing countries.

Economic diversification has been an important driver of growth for many low-income countries. And while aggregate sub-Saharan Africa has made little progress in this regard, with increased concentration in the oil-based economies in the last few decades, several non-resource based economies, such as Burkina Faso, Rwanda, and Uganda have made significant progress in diversification. Country strategies to promote economic diversification should build on a country’s existing strengths and work best if they are tailored to tackle specific challenges. The report suggests sectoral policies will also likely be more successful if supported by efforts to enhance macroeconomic stability, improve education outcomes, bolster governance and transparency in regulation, and deepen financial markets.