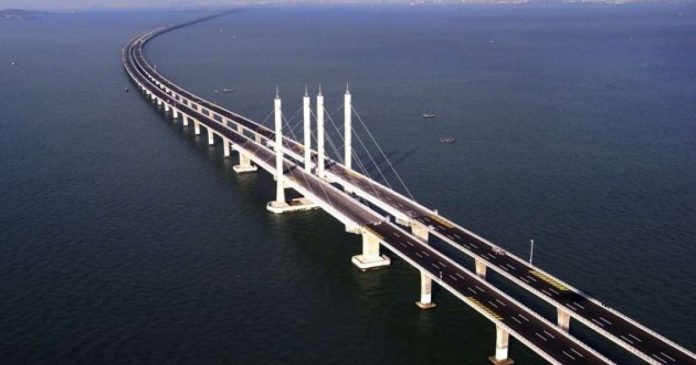 South Africa plans to construct a mega bridge dubbed Msikaba Bridge which will be the second longest bridge after Maputo-Catembe Bridge in Mozambique at a cost of a whooping US $5bn.

The South African National Roads Agency(Sanral) confirmed the reports and said the winning bid was a joint venture between South Africa’s Concor and Mota-Engil – a major international construction firm.

The Msikaba Bridge, designed by Dissing and Weitling will have a tower-to- tower distance of 580 meters. Maputo-Catembe Bridge in Mozambique will be longer with a suspension span of 680 meters.

The cable-stayed bridge will also become the third highest bridge in Africa with a deck 194 meters high.This drop is exceeded only by the 216 meter high Bloukrans Bridge and the 223 meter high Mtentu Bridge, also located on the new N2 tollway bypass road.

Sanral added that the N2 Wild Coast road project will be a major job creator in an area with an extremely high unemployment rate. Sanral’s direct job creation forecast is 1.8 million man-days or 8,000 Full Time Equivalent (FTE) jobs over the construction period of four to five years.

The concrete structure will have a deck 22.8 meters wide with walkways on both edges and is expected to use some 2,700 tons of structural steel and 2,500 tons of cables. Construction is due to start in February 2019 and will last for 33 months, with initial planning proceedings set to begin in October 2018,according to Sanral.