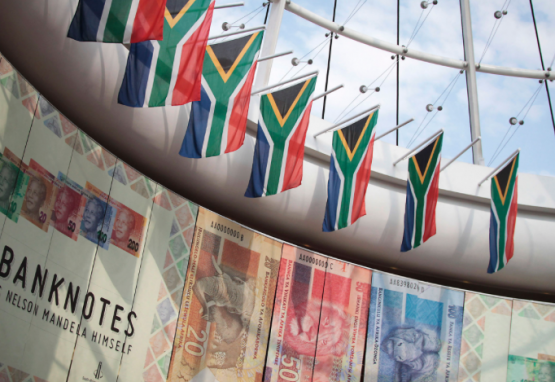 South Africa is considering an initial price talk into the Eurobond market of about 6% and 6.37%.

South Africa is hoping to ride a wave of improved investor sentiment by tapping the Eurobond market for the first time under new President Cyril Ramaphosa, as his administration tackles mismanagement and corruption in the continent’s most industrialised economy.

The country is marketing dollar securities maturing in 2030 and 2048, with initial price talk of about 6% and 6.37%, respectively, according to a person familiar with the transaction, who asked not to be identified because they’re not authorised to speak about it. South Africa had budgeted to sell $3 billion of international debt this fiscal year, according to Treasury documents.

South African assets have outperformed emerging markets overall since late last year, as Ramaphosa, then deputy president and a former businessman and lawyer, manoeuvred to succeed Jacob Zuma as president. The rand has strengthened 16% against the dollar since mid-November, the most globally, as the government strives to curb the budget deficit, cut debt and stimulate growth. South Africa’s foreign debt is less than 10% of total borrowing.

“We’ve had a fair amount of investor interest in the weeks leading up to today’s sale, so we should have a decent auction,” said Michelle Wohlberg, a fixed-income trader at Firstrand Bank in Johannesburg. “All Eurobond auctions in Africa this year have been very well participated in, and given that South Africa has taken concrete steps to turn the country around — cleaning up state-owned enterprises, providing political stability, trying to keep a lid on the fiscus — I think we should see good demand from the offshore players.”

South Africa last issued Eurobonds in September, when it sold $2.5 billion of 10- and 30-year notes. Yields on the former rose nine basis points to 5.48% by 11:21 am in Johannesburg, while the longer-dated securities traded at 6.05%. South African dollar bonds have lost 2.4% this year, well below the emerging-market sovereign average loss of 4.3%, according to data compiled by Bloomberg. African governments have been prolific issuers this year. Egypt, Angola, Nigeria, Senegal, Ivory Coast, Ghana and Kenya have raised more than $20 billion in dollar and euro-denominated securities, already a full-year record for the continent.