Home Infrastructure Finding the connection for power supply in Africa 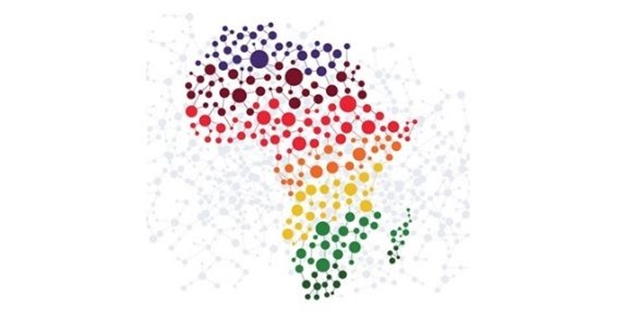 Transmission and distribution networks are key components to electrifying Africa.

With this in mind, regional integration dominates the agendas of African policymakers and donor finance institutions – and the focus is on developing infrastructure that binds the continent and facilitates intra-continental power trade.

The Southern African Power Pool (SAPP) is a prime example as it is currently driving a number of transmission interconnector projects. The aim with these projects is to link or strengthen power interconnections between various countries in the SADC region, including Mozambique, South Africa, Zimbabwe, Botswana, Swaziland, Lesotho, Namibia, Malawi, Tanzania and Zambia, Angola and the Democratic Republic of Congo (DRC).

The intention is to try to create a large power pool that will offer those countries with a power deficit, the facility to import power, and those with excess power various options for exporting their surplus energy.

An interconnected power pool is a complex system that requires careful planning and development. By its very definition, a power pool involves the connection of a number of networks in a region that in the past, may have been operated in isolation. Connecting power systems together requires entities such as the SAPP Co-ordination Centre to provide oversight.

The SAPP Co-ordination Centre has numerous responsibilities – and importantly though not limited to – these include, advising on the use of the SAPP Operating Guidelines, monitoring the operation of the power pool, and report on the control performance criteria to all the Operating Members. The SAPP Co-ordination Centre also has the onus of evaluating the impact planned future projects may have on the operation of the power pool – and member utilities who intend on expanding their own networks (generation and transmission) may also need to consider the impact of such projects on a regional level.

One such project is the proposed 330 kV interconnector between Zambia and the Democratic Republic of Congo (DRC). The project is financially backed by the African Development Bank, the World Bank and the AREP programme, as it is recognised that a strong transmission link will help both countries improve the security and reliability of their power networks, and that this will aid in fostering economic development and regional integration. The project also aims to support the development of an efficient and competitive regional power market to reduce electricity prices in the region.

Options being considered for this transmission line are to connect Kolwezi in DRC to the district of Solwezi in Zambia, through the Zambia Electricity Supply Corporation (ZESCO) network at Lumwana or Kalumbila Substation and the future Société Nationale d’Electricité (SNEL) network at Kolwezi NRO substation.

A team of engineers from WSP have been appointed to develop the transmission line and will undertake a three-stage feasibility study to develop options and recommend a preferred solution for the interconnector. This will include initial assessment of the routes and substations, data gathering, financial and economic analysis, detailed route surveys and detailed design and specifications.

State of ownership of power transmission and distribution

In cases where those SOEs are unable to fund such projects then the likes of the African Development Bank (AfDB), International Finance Corporation (IFC), World Bank and various other development financiers get involved in various ways to develop projects in the region.

Furthermore, commercial debt will generally only get involved in financially viable projects presenting decent returns on investment, such as independent power projects (IPPs). A good example of this is the Renewable Energy Independent Power Producer Procurement Programme (REIPPPP) in South Africa, although most of the IPPs as part of this programme are power generators and thus do not get involved in the development of the transmission and distribution system to the end-user. However, one can’t work without the other.

Generation needs a route to the off-taker or end-user, and that requires overhead lines, substation and cables.

Mozambique, is a great example of where the full range of the power system is required. The country possesses some of the largest gas finds in Southern Africa and the plan is to use some of this gas to enable development of gas-fired power stations – and look for opportunities to link these new power sources into the country’s electricity infrastructure networks.

An example of this is the proposed 400 MW gas-fired Temane Generation Project (IPP) at Temane. Temane IPP is owned by Sasol (49%) and the Moz SPV (51%) – which is owned by Electricidade de Moçambique E.P. (EDM) and Hidroelectrica de Cahora Bassa S.A. (HCB), and a third-party international investor.

However, the demand in this area may not sufficiently large for a 400 MW power station and, as such a 560 km 400kV single circuit AC transmission system is being proposed to export power to larger load centres in the south, from Vilankulos to Maputo. The line also provides for substations, at Chibuto and Matalane, along the proposed route to provide power to towns or industrial centres. This will provide a platform to develop industry and infrastructure in the region.

Attending to Africa’s growing demand requires a broader view on electrical infrastructure development other than just focusing on power generation. It is important to develop the ability to effectively transmit and distribute energy to where it is needed – and WSP is playing an active role in helping to make these connections across the continent.