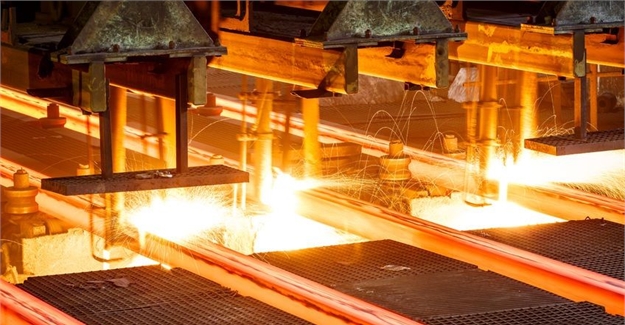 South Africa has expressed disappointment at not being granted exemption from the US Section 232 steel and aluminium tariff duties.

Monday, 30 April, US President Donald Trump signed proclamations granting permanent country-exemptions to a select number of countries and extended by one month the Section 232 steel and aluminium tariff duty exemptions for some.

“South Africa is disappointed that it was not granted an exemption from the duties,” the Department of Trade and Industry said on Tuesday.

The proclamation followed reports from the secretary of commerce that imports of these products threaten to impair US national security.

South Africa, through the minister of trade and industry Rob Davies, made representations to the US, including two written submissions. In addition, South African ambassador to the US Mninwa Mahlangu also engaged with the White House National Security Council staff, State Department, the Office of the US Trade Representative (USTR) and Commerce Department.

Davies also had teleconferences with Ambassador CJ Mahoney, the deputy USTR for Investment, Services, Labour, Environment, Africa, China and the Western Hemisphere on 22 March 2018 and again on 30 April 2018.

In the submissions, South Africa argued that it itself is grappling with the consequences of the global steel glut and that it has stringent customs control measures and that there is no risk of circumvention or transhipment of steel from third countries.

South Africa further emphasised that its exports of aluminium products per annum are equivalent to about 1.6% of total US aluminium imports. According to the US Census Bureau data, in 2017 the US imported a total of 33.4-million tons of steel, of which imports from South Africa were approximately 330,000 tons or 0.98% of total US imports and 0.3% of total US steel demand of 107-million tons.

“As such, SA does not pose a threat to US national security and to the US steel and aluminium industries but is a source of strategic primary and secondary products used in further value added manufacturing in the US contributing to jobs in both countries. However, due to these measures, South Africa will be disproportionately affected both in terms of jobs and productive capacity,” according to the dti.

The country also offered to restrict exports to a quota based on 2017 exports level.

“However, despite these assurances, the United States has decided not to exempt South Africa from the duties. It is important to note that some of the exempted countries are the biggest exporters of steel and aluminium to the United States,” said the dti.

For steel imports collectively, countries granted exemption accounted for 58% of total steel imports into the United States in 2017 while for aluminium imports collectively, countries granted exemptions accounted for 49% of total aluminium imports into the United States over the same period.

“South Africa is therefore not a cause of any national security concerns in the US nor a threat to US industry interests and is not the cause of the global steel glut. Instead, South Africa finds itself as collateral damage in the trade war of key global economies.”

South Africa also expressed concern by the unfairness of the measures and that it is one of the countries that are singled out as a contributor to US national security concerns when its exports of aluminium and steel products are not that significant.

“South Africa acknowledges the adverse effects of global steel overcapacity. The domestic steel sector has been severely impacted by low priced steel and steel product imports and as a result the country has implemented a number of trade remedy measures,” said the dti.

In addition, the country supports and participates in the Organisation for Economic Co-operation and Development (OECD) and G20 multilateral processes to achieve outcomes of a fair, sustainable and viable steel industry in the future.

The department said the imposition of the duties will have a negative impact on productive capacity and jobs in a sector already suffering from global steel overcapacity.

“In addition, South Africa notes with concern the different treatment of trading partners which will have an effect on the competitiveness of South African steel and aluminium products in the US and is likely to displace South African products out of the US market in favour of the exempted countries.”

South Africa said the measures are implemented in a way that contravenes some of the key World Trade Organisation principles.

“The Department of Trade and Industry continues to engage the industry on the matter,” it said while also encouraging domestic exporters to engage their US buyers to consider applying for product exemption under a process conducted by the US Commerce Department for products.