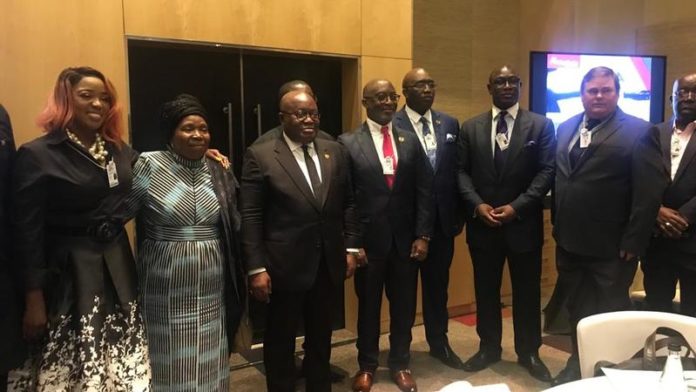 South Africa and Ghana signed the biggest single deal of the day at the Africa Investment Forum.

The deal — worth $2.6-billion — is expected to improve Accra’s public transport system through an elevated light railway system which would provide low cost transport to it citizens.

This is according to Hubert Danso, the chief executive of Africa Investor, an investment holding platform. The group is part of the South African consortium that has partnered with the Ghana Infrastructure Investment Fund (GIIF) to develop the Ai Skytrain.

The investment forum is the first of its kind in Africa and is taking place at the Sandton Convention Centre this week.

The forum has been attended by over 1 400 people — among them several heads of state, senior government officials from across Africa plus investors and promoters — with the intention of brokering intra-Africa deals and investment opportunities.

“This benefits all our people.

Accra in independence was sitting with a population of 50 000 people. That is 60 years ago, it is now six-million people. You can imagine what that means for the movement of people in the city,” Akufo-Adoo remarked.

According to the African Development Bank’s 2018 Africa Economic Outlook journal, continental development requires financing of about $600-billion to $700-billion, of which $130-billion to $170-billion will go towards clearing the continents infrastructure backlog.

“Accra like most capital cities is suffering from congestion so this will provide a light railway system that will ease that congestion. We are using Brazilian technology, South African engineering and technical expertise for a solution with Ghanaian participation,” said Solomon Asamoah, chief executive of GIIF.

Asamoah said the signed agreement meant they could now begin with the full feasibility study, which will take six to nine months, after which financing of the project will be finalised.

“We are hoping that with 12 to 18 months, we start with construction and then the system will start, and you will be seeing construction after that,” Asamoah said.

Construction is projected to start in 2020.

Speaking to the Mail and Guardian on the sidelines of the event, Gauteng Premier David Makhura said the deal was good for both countries, saying that as much as they wanted to attract investment into South Africa, government also wanted to encourage South African businesses to invest in economies on the continent.

Makhura added that the same group that wants to build the $2.6-billion rail system in Ghana has indicated its interest to speak to him for a similar development in Gauteng.

“African cities need huge investment in infrastructure and public transport is one of those. Our cities are gridlocked, it’s very expensive and very costly and takes long to to move from one area to another.

“We want to ease this movement. The design of our cities in South Africa, people live far from where they work and we certainly need this investment in public transport,” Makhura added.