Home Infrastructure Rwanda seeks US $1.3bn to subsidize its portion of the Isaka-Kigali SGR... 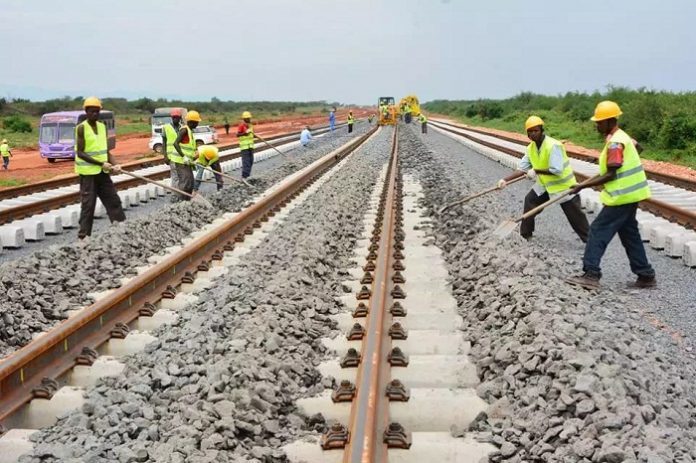 The government of Rwanda is seeking US $1.3bn to subsidize its portion of the Isaka-Kigali SGR line that links Rwanda and Tanzania. Jean de Dieu Uwihanganye, the Minister of State in charge of Transport revealed the reports and said that the study for the project has been completed and the funds are needed to kick start the project.

The 571-kilometre Isaka-Kigali SGR line travels in a general northwesterly direction from the inland container depot (ICD) at Isaka, in Kahama Rural District of Shinyanga Region, in Tanzania to the border town of Rusumo, in Kirehe District in the Eastern Province of Rwanda, where it then continues westward to end at Kigali, the capital and largest city of the country.

The minister explained that investing in transport projects is among the Rwandan government’s top priorities as a way to appeal investment in productive sectors, improve the business environment and increase jobs opportunities.

Upon completion the project will reduce logistics costs, boost trade and ease the movement of people and cargo between Tanzania and Rwanda as well as other neighboring countries that shall be a part of the network, including Burundi and the democratic republic of Congo.

The republic of Tanzania is making remarkable progress on their section. Recently the country’s Minister for Works, Transport and Communications announced that phase one of the project which is between Dar es Salaam and Morogoro is inching closer to completion.

The government has also awarded a second contract worth US $1.92bn to a firm from Turkey for the construction of the line between Morogoro and Makutupora in addition to advertising for designing and building services for the Makutupora-Tabora-Isaka-Mwanza sections of the railway line.