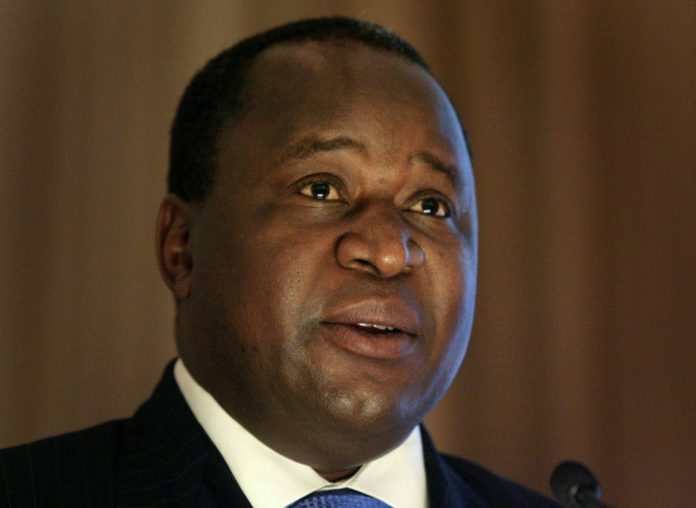 Mboweni, the nation’s fifth finance chief in less than three years, will have to oversee an economy that’s fallen into recession and help Ramaphosa rebuild confidence battered by almost nine years of mismanagement under former President Jacob Zuma. He must also reassure investors and credit-rating companies of credible plans to stabilize debt and revive growth in the mid-term budget on Oct. 24.

“Its a good appointment, especially if you want to appease the markets,” said Mcebisi Ndletyana, a political science professor at the University of Johannesburg. “There will be unpopular decisions to be made. He is the kind of person who will be able to take those decisions. He will strengthen Ramaphosa’s hand in cabinet.”

Mboweni, who trained as an economist, served as head of the South African Reserve Bank for a decade until 2009 and for four years as labor minister in former President Nelson Mandela’s cabinet. His major achievement at the central bank was building the nation’s foreign-exchange reserves to almost $40 billion from less than $10 billion.

After leaving the Reserve Bank, Mboweni went into business, acting as an adviser in South Africa for Goldman Sachs Group Inc. and served as chairman of AngloGold Ashanti Ltd. and on the boards of other companies.

Mboweni is a member of the African National Congress’s National Executive Committee, one of the ruling party’s highest decision-making bodies. He featured on a list of candidates for the panel that backed Nkosazana Dlamini-Zuma for the position of party leader in December — a post won by Ramaphosa.

Nene’s fall from grace came after he admitted to an anti-graft inquiry that he met members of the Gupta family at their home six times, contradicting statements in an earlier interview that he only encountered them at public events. Ramaphosa said Nene tendered his resignation on Tuesday morning and he had accepted it in the interests of good governance.

“Mr. Nene served the people and government of South Africa with diligence and ability,” Ramaphosa told reporters in Cape Town. “It is a measure of his character and his commitment to the national interest that he has taken this decision to resign in the wake of errors of judgment, even though he has not been implicated in acts of wrongdoing.”

The three Gupta brothers, who are friends of Zuma and in business with his son, were implicated by the former anti-graft ombudsman in influencing government appointments and the award of state contracts — allegations they and Zuma deny.

This was Nene’s second stint as finance minister. Nene said during his testimony to the inquiry he was fired in December 2015 for refusing to agree to Zuma’s plans to spend billions of dollars on new nuclear plants.

The ANC forced Zuma to quit as president in February, clearing the way for his 65-year-old deputy and party leader Ramaphosa to take over. Ramaphosa has said combating graft is one of his top priorities, and he’s replaced a number of other officials implicated in wrongdoing.

“Ramaphosa has sought to act swiftly to calm market jitters and demonstrate his ability to act on questionable conduct in his cabinet,” Abdul Waheed Patel, the managing director of Cape Town-based Ethicore Political Consulting, said by phone. “This averts a potential crisis in the political leadership of the National Treasury. Ideologically and in terms of macro-economic policy thinking, President Ramaphosa may have appointed the finance minister he always desired in his cabinet.”