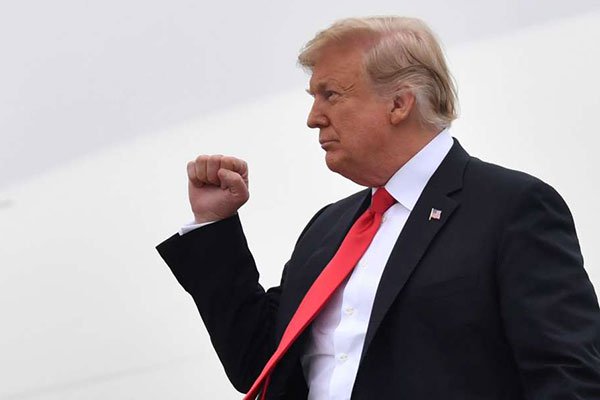 President Donald Trump is expected within days to approve an initiative to overhaul US investment strategy in Africa.

Kenya is likely to benefit from the plan designed by key figures in the US Congress in response to China’s enhanced economic and political influence in the Sub-Saharan region.

Known as the Build Act (Better Utilisation of Investments Leading to Development Act), the legislation will double, to $60 billion (Sh6tn), funds for promoting US corporate investment in Africa.

“Our theory on engagement [in Africa] is that it should be led by the private sector,” Manisha Singh, the top business-focused official in the State Department, said.

The Build Act reflects that emphasis, Ms Singh added. It is “very different” from China’s approach, she said.

“Predatory lending” is a hallmark of China’s government-directed investment strategy in Africa, added Matthew Harrington, an assistant secretary in the State Department’s Africa Bureau who also spoke at the October 4 press briefing.

But following China’s lead, the Build Act will also enable a newly created US government agency to take an equity stake of its own in development projects in Africa.

The US government entity that the Build Act replaces had not been permitted to make direct investments of that sort.

Its mandate was limited to activities such as underwriting risk insurance for US companies venturing into emerging markets.

Trump administration officials say they cannot yet provide specifics on how the new International Development Finance Corporation will benefit Kenya.

But they add that the increased funding provided by the Build Act will likely lead US private businesses to invest more aggressively in countries such as Kenya that are viewed as posing comparatively less risk.

“It makes US companies more competitive and reduces the risk in a growing market that is not well understood by American business,” Witney Schneidman, an Africa specialist at a Washington consulting firm, wrote regarding the Build Act in a recent blog post.

The legislation soon to be signed into law by President Trump has also drawn criticism.

Raj Bhala, a US law professor and adviser to the Dentons investment consulting firm, argues that the $60 billion in funding for the Build Act is too “paltry” a sum.

The US cannot hope to counter Chinese influence in Africa when its new international development arm can muster only six percent of the total value of China’s investments in the developing world, Prof Bhala wrote last week on the Bloomberg news agency’s opinion website.