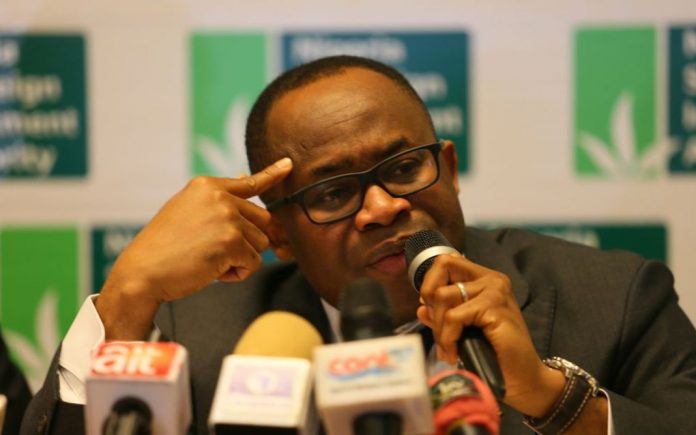 The Nigerian Sovereign Investment Authority (NSIA) recently released its 2017 financial report. One of the takeaways from that report is that net profit took a turn for the worse falling from N149 billion to N27 billion representing a decrease of 82%. The media is already awash with that news and we will, therefore, not bother readers with it in this piece.

However, there are a few things that have not been talked about, not even by Dr Uche Orji, the Managing Director and CEO of the Authority, in his press conference after the release but the eagle eyes of analysts at Quantitative Financial Analytics Ltd have been able to catch those observations.

It could be understandable that, given the economic growth rate in China and their increasing interest in Nigeria, it makes economic sense to diversify or investment in China but what is not as understandable is the reason to increase exposure to Europe given the Brexit conundrum. While Britain is still figuring out the way forward after exiting the European Union, it took the intervention of the Italian president to install a pro Euro prime minister recently, otherwise, we would have been talking about another nation exiting the union. Though that “calamity” was averted, the fear that Italy might exit still remains.

It looks like the Authority just suddenly remembered that charity begins at home or could they have been awakened by Donald Trump’s America first campaign.  May be encouraged by the growth prospect in Nigeria and the fact that interest rates are higher in Nigeria than most places, or the fact that investments outside Nigeria may be hurt by the vagaries and behaviour of the Naira in relation to other currencies, the Authority increased its exposure to Nigeria.

In 2016, the Authority invested a total of N101.9 billion in various investment types in Nigeria, but that was more than doubled to N346.5 billion in 2017. The good thing about the Nigerian investments is that it cuts across almost all investment types, from money market to bonds. The Authority, which had invested about N12.2 billion in other African countries in 2016, also reduced its exposure to the rest of Africa to N7.2 billion in 2017. We were not able to contact the Authority to find out the reason for the rebalancing as there is neither an email nor phone number on their website.

Like 2016, the asset class with the greatest allocation remains fixed income securities. Money market placements took a big hit in the rebalancing, probably due to the trends in the yield curve across the world, some of which had gone into negative like in Japan. In 2016, money market placement by the Authority was N90 billion but that stood at N316 million. Exposure to banks was also reduced as bank balances went from N58 billion to N22 billion.

Surprisingly, the Authority increased its exposure to more risky assets like Hedge fund investments as well as private equity investments.  All said and done, the Authority’s risk assets increased from N400 billion to N498 billion, which as already noted, is spread across geography and asset classes aimed at reaping the fruits of diversification and risk management. Whether this objective is realized or not will be revealed when the 2018 financials are reported and analysed.