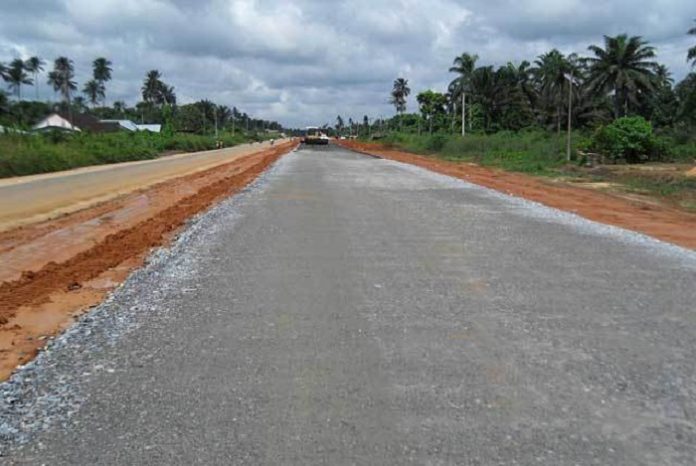 The Federal Executive Council (FEC) has approved immediate renegotiations of the East-West road contract with the handlers as well as its early construction of the Oron-Calabar segment.

Usani Uguru Usani ,the Minister of Niger Delta lamented that over the years, his ministry has been bedeviled with several abandoned projects, which are now being completed and handed over to many regions in the country.

The government has also approved US $855.1m for the reconstruction of 328 km of roads all over the country.According to Usani Uguru, the president is passionate about infrastructural development in the Niger Delta region as a way of making it peaceful so as to further attract foreign investors.

He added that, his ministry has done much in the past three years but that the media have elected not to highlight them.

The East-West road project Consists of the construction of a second carriageway and the rehabilitation of the existing carriageway.

The total length of each carriageway of the road is 188 Km, with 29 river bridges of variable lengths ranging from 31m to 260m, and 2 box girder bridges with lengths of 700m and 850m.

East-West road project is the largest infrastructure projects in Nigeria as it is a very strategic road connecting the country’s 2 busiest and foremost commercial cities, Port Harcourt and Worri.The road project contract was awarded in 2006 by the then administration was designed to fail.

The 657 km road project is dual carriageway stretching from Calabar in Cross River State to Warri in Delta State and valued at US $2bn, was approved by the Federal Government at the height of agitations by youths in the Niger Delta area.