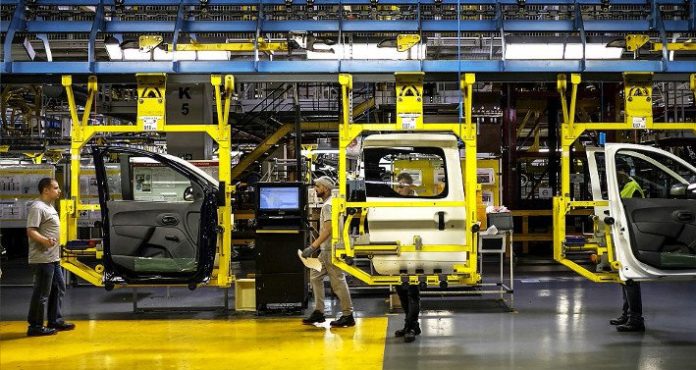 On 2 July, the PSA Group – manufacturer of the Peugeot, Citroën, DS, Opel and Vauxhall brands – produced its first vehicle assembled in Morocco at the brand new factory in Kenitra’s Atlantic Free Zone (AFZ), north of Rabat. Commercial production is due to start in March 2019, with an initial output of 100,000 vehicles a year. On 4 September the group announced it would plough another €560m ($652m) into the plant to double production capacity to 200,000 cars annually.

More than half of the vehicle parts, which are based on the Common Modular Platform – a global platform developed by PSA and its Chinese partner Dongfeng Motors – will be produced locally. This is similar to Renault’s giant Tangier-based car plant, where the use of auto parts made by ­domestic firms is gradually gaining momentum.

Local groups such as Dolidol, Afrique Câbles, Maghreb Steel, Induver, Floquet Monopole, CFD, Sinfa, Tuyauto and GPC are cashing in. Afrique Câbles, a subsidiary of Ynna Holding, has been very successful with its ‘made in Morocco’ Electra electric batteries. In a little over a year, the company has managed to become a first-tier subcontractor for Renault, working ­directly with the French carmaker. Electra batteries manufactured in Casablanca have already been used in some of Renault’s Dacia cars assembled at Tangier.

Dolidol, a second-tier subcontractor and subsidiary of the Palmeraie group owned by the Berrada Sounni family, is also based in Casablanca. The firm is one of the leading Moroccan operators in the furniture and bedding sector, delivering dunnage and acoustic foams for soundproofing to local factories owned by French equipment manufacturers Trèves and Gergonne. Dolidol’s parent company, Palm Indus, is also gaining ground in the sector. The firm recently set up a seat-cover factory in Casablanca in collab­oration with Spanish firm Jobelsa. According to Jalil Skali, managing general of Palm Indus, the €20m Dolidol-managed project has created 800 jobs.

After much effort and despite its difficult financial position, Maghreb Steel managed to become a first-tier supplier for flat steel for Renault’s Tangier plant last year. However, production volumes remain modest for now. Overall, about 15 Moroccan companies operate in the ranks of the first-tier and second-tier suppliers to the local industry.

In countries such as Thailand and Turkey, which are emerging as bigger players on the global automobile sector scene, the participation of local business in the industry is meagre. In Thailand, only 45% of first-tier suppliers are local companies.

Morocco is no exception to these trends. For a long time, local companies were not interested, leaving most of the business to foreign companies like Valeo, Faurecia, Sumitomo, Lear, Magneti Marelli and Saint-Gobain. To attract investors, the government has not imposed any limits on foreign ownership of investment projects. This is in stark contrast to the 49% limit on foreign ownership in neighbouring Algeria. “Morocco operates an open economy. We don’t discriminate against anyone who wants to start a business or create jobs,” says Moulay Hafid Elalamy, Morocco’s industry minister. He says his main priority is to ensure the sector’s growth in order to achieve a target of €18bn from auto industry exports by 2025. As a result, both local and foreign companies have the same rights when setting up at the AFZ and have access to rather generous subsidies, up to 15% of the project cost, which are given through the Hassan II Fund or the Industrial Development Fund created by Elalamy in 2016.

Big Moroccan family groups, on the other hand, have beem reluctant to engage. “Ten years ago, they were excited when Renault launched at Tangier, but with little experience in handling the demands of the sector in terms of quality and costs, they immediately understood that it was not going to be a walk in the park. As a result many ditched their plans,” says a Casablanca-based manager heading a major high-tech company. This was also due to the fact that the launch of Renault’s Tangier factory took longer than expected.

For smaller companies, “[getting involved in the auto sector] seemed inaccessible, and that’s often the case”, says Aziz Benyahya, head of small and medium-sized enterprise (SME) lending at Attijariwafa Bank.

Of course, becoming a major player in the automotive sector will not happen overnight. But the industry’s weight in the country’s economy – it accounts for a quarter of exports – is becoming impossible to ignore.

Through his focus on local business ecosystems, Elalamy has been a strong advocate of using more local content to enable the automotive industry to anchor even deeper in the country’s economic fabric. Thus, Renault and PSA have committed to increasing their local integration rate to 65% and 80% by 2023, respectively. As a result, even the most reluctant local companies have jumped on the bandwagon. “This market offers enormous opportunities,” Palm Indus’s Skali points out. “From 2023 onwards, we will be targeting 45% of our industry turnover in the automobile sector.”

But it will not come cheap. To entice Renault, Afrique Câbles invested in research and development, spending €10m in a lead-recycling facility and convincing the government to launch a lead-recycling sector. Similarly, Maghreb Steel only acquired its ISO vehicle quality certification in April 2017 after a lengthy process. The Association Marocaine pour l’Industrie et la Construction Automobile wants to help things on through its technical development centre Cetiev. Last year, it entered into an agreement with Attijariwafa Bank to set up a ‘Plan Automotive’ targeting SMEs. Société Générale and Crédit du Maroc followed suit that same year.

In order to grow faster, some companies have opted for the joint-venture route. For example, glassmaker Induver has partnered with AGC Glass Europe, a Belgium-based subsidiary of leading Japanese firm Asahi, to launch a glass factory at Kenitra. Induver is expected to begin supplying the neighbouring Peugeot site next year, after injecting €110m into the project. The company scored a €56m loan by the European Investment Bank at the end of last year for the project.