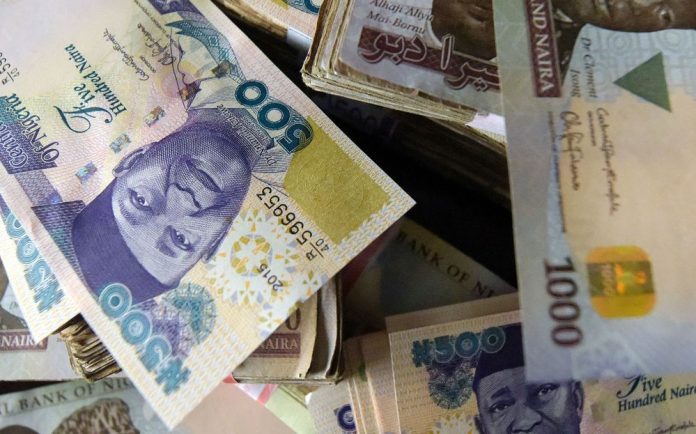 Nigeria will probably maintain its system of multiple exchange rates, which the International Monetary Fund has long-urged it to scrap, until at least early 2020, according to Moody’s Investors Service.

Merging the naira’s various rates any sooner might force the government to weaken the currency and raise fuel prices, which would accelerate inflation, the ratings company said.

Nigerian monetary and fiscal authorities are likely to wait until investments in oil refineries and fertilizer plants, including by billionaire Aliko Dangote, reduce Nigeria’s imports of petroleum products. While that may take another two years, it would put the government in a better position to stabilize fuel prices, which it caps at a level based on the central bank’s official naira rate, Moody’s said.

If the government merges the exchange rates, “they won’t be able to provide discounted dollars to oil marketers.” Aurelien Mali, a sovereign analyst with Moody’s, said in an interview in Lagos on Wednesday. “It means that either they have to increase pump prices or give subsidies to marketers, which would impact public finances. Neither option is credible at the moment.”

Despite being an OPEC member and Africa’s biggest oil producer, Nigeria imports nearly all its fuel because of the decrepit state of its refineries. It caps the gasoline price at 145 naira per liter ($0.48 at the official rate), which analysts say is below market costs.

Central bank Governor Godwin Emefiele introduced the current system in response to a severe shortage of foreign exchange after the 2014 crash in oil prices. While the official exchange rate hasn’t changed from 305 per dollar since a devaluation in mid-2016, a new one for importers, exporters and investors was introduced in April last year, in which the naira was allowed to weaken. Known as the Nafex rate, it’s been steady at around 360 against the greenback, almost 20 percent weaker than the official rate.

There’s also the Nifex rate, which the central bank uses as a guide to sell dollars to banks during weekly auctions, and other windows that companies can access depending on the sector they’re in.

The IMF has said the existence of multiple exchange rates creates distortions in the economy and discourages foreign investment.

Inflation has slowed to 13.3 percent from a high of almost 20 percent in early 2017, thanks to an improving economy and tight monetary policy. Nigeria’s President Muhammadu Buhari has been keen to bring it down further before elections scheduled for February, when he plans to run for a second term. He’s loathe to raise gasoline prices, given that many Nigerians see cheap fuel as one of the few benefits they get from the government.

Increasing pump prices now would “destroy all the efforts” of the central bank on inflation, said Mali. “The moment you have a strong structural trade surplus and when the usage of dollars decreases is when we think they will align the exchange-rate windows. For example, when the new refineries or fertilizer plants are online.”

It’s unclear how the central bank will try to unify the naira, said Mali. But he expects that monetary officials will continue to manage instead of float it.

“The jury’s out on whether it will be 305 or 360,” he said. “For the real economy, the rate is already 360. That’s what many exporters, importers and manufacturers have to use. It’s the de facto exchange rate.”

The central bank’s strategy of imposing capital controls, including through import restrictions, should ensure that Nigeria’s foreign reserves keep rising, Mali said. Already up 55 percent in the past 12 months to $48 billion as oil prices and portfolio inflows have increased, he sees them at $55 billion by the end of the year.