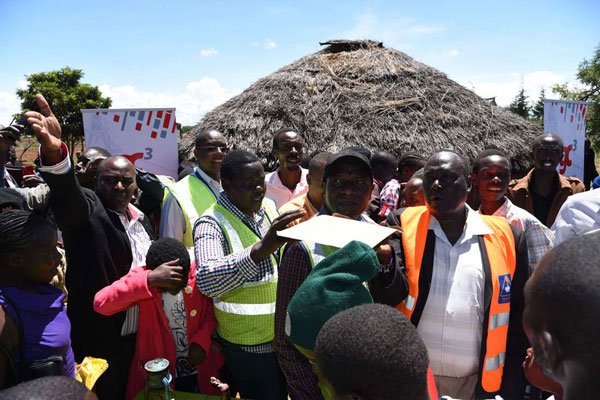 The government has rolled out the second phase of the Sh15 billion Last Mile electricity project that will see more than 2.5 million households connected to the national grid.

Energy Cabinet Secretary Charles Keter said that the second phase will include the installation of new transformers and extension of low-voltage network.

“Schools will also be included in [the] programme. We call on Kenyans to be patient as these works are carried out progressively for the next three years. We will not exclude anybody. Even squatters will benefit from the programme as long as they are not occupying people’s land,” said Mr Keter.

Speaking on Thursday during the launch of the programme in Uasin Gishu County at Lotonyok Primary School, Mr Keter urged residents to take advantage of the power to engage in business.

He said that the Uasin Gishu County project will cost Sh1 billion with Ainabkoi Constituency getting Sh700 million.

The first phase of the project which was implemented in 2014 benefitted more than 300,000 households, increasing the number added to the electricity grid to 1.5 million households.

To benefit from the project, residents are required to pay Sh15, 000.

The Last Mile project is co-financed by the national government and the African Development Bank (AfDB) with the bank coughing up Sh13.5 billion of the Sh15 billion initiative.

The project involves the extension of low-voltage network to reach households located within 600m of a transformer.

In addition, Mr Keter said the Rural Electrification Authority will also connect potential customers near installed transformers at the same cost of Sh15, 000.

“The situation has since improved. We are meeting on Friday in a bid to lower domestic power tariffs,” said Mr Keter.