Home Infrastructure Donald Kaberuka: Reforming AU is not a choice of the few, but... 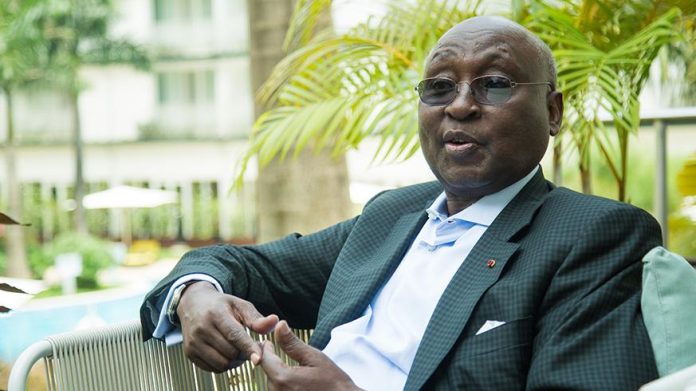 The African Union last year embarked on a series of reformswith an aim to improve efficiency and impact of the organ on the continental population. The reforms cover multiple aspects, including self-financing, among others.

The New Times’Collins Mwai caught up with Dr Donald Kaberuka, former president of African Development Bank, who is a member of the AU reform committee, for insights on the process.

During the interview, Kaberuka shares expert opinions on trade, debt and public service.

Below are the excerpts:

Even with last month’s signing of the AfCFTA agreement by 44 African countries, there are seemingly far more pressing challenges inhibiting intra-Africa trade such as infrastructure; how should Africa go about this?

AfCFTA (Africa Continental Free Trade Area) is probably the most important decision African countries have taken since independence. It is such a historic decision. If we manage to see it through, the impact will be very significant.

Having said that, I want to emphasise that tariffs are only one part of the problem. We also have to deal with non-tariff restrictions, of which there are many, and free movement of people.

I am honest enough to understand that this may not happen at the same time but as long as we can make progress on tariffs, non-tariff barriers and free movement of people, the potential for growth in trade will be greatly enhanced.

Signatures are very good but we must move to ratification and implementation.

The reality is that infrastructure is a means to trade. When you open up highways, railways and ports, it is with a view to trade. Opening up the space as we grow, we have to put up some infrastructure.

It is not a financing problem.

Given the experience with previous African Union deals, few get past the signature phase to implementation. Why should we be optimistic this time?

That is the whole essence of the reforms. We have a big backlog of decisions at the African Union and they remain unimplemented. We want a fresh start. We want to reboot the system.

We want to figure out what makes us take decisions and not implement them. We want to have an effective Union that effectively implements its decisions.

Speaking of reforms, some countries have pointed out some aspects that could potentially bring challenges to the process. Could it derail the process?

First of all, no member country has objected to the reforms. They all approve of the reforms; many of them have begun to implement them and a few of them have pointed out issues of implementation which are being addressed.

I am persuaded that we will have a critical mass of countries to begin the process of reforms while others will come along. When the summit was convened in Kigali, every single delegation saw the importance of reforming the African Union.

The Union came into being about 16 years ago. A lot of things have happened in the world and in Africa.  Therefore, reforming the Union is not the choice of a few countries – it is an imperative for all countries.

On AU self-financing mechanism, there were concerns by some countries that it could shore up their burden share. What was your response to them?

AU was too dependent on the outside world, which was not right. It was also dependent on a few countries on the continent.  Five or six countries paid about 60 per cent of all the expenditures.

We had an external and internal dependence. With this formula, we can, however, finance the organisation with equitable burden share which ensures ability to pay for all countries. It is a formula which has worked very well in the ECOWAS region; it is how they fund themselves.

It is also a formula that the European Union used to fund itself long ago.

The issue of countries who had concerns that their burden share would increase significantly has been dealt with. The formula has got a minimum and a maximum. No country has such a big dramatic increase in its contribution.

An organisation which cannot finance itself, but remains dependent on external parties and a few countries internally, is not viable. We have figured out how to address concerns of a few countries. We now have 22 countries on board so far; that is  already very significant.

Over the weekend in Kigali, the Mo Ibrahim Foundation convened a summit to look into public service in Africa. According to you, what are the best practices to improve access and quality of public services?

Public service is an instrument of transformation. You begin by having a national vision. Public service then acts as an instrument. Having a national vision, which is shared, is the starting point. You also have to figure out what to ask of the citizens themselves – citizen involvement, where citizens contribute to aspects such as security. It is important to understand that it is not about demanding citizens from a third party, it is us.

When you pay your taxes in an African country, you are looking for three things: that your money is not stolen, that services are delivered, and accountability if the services are not delivered.

There is still heavy dependence on development partners for basic services such as healthcare and education. Does this not present a risk of falling back?

Our countries have steadily reduced dependence on basic services, such as health and education. The share of foreign money to fund those services is less than 12 per cent. Total expenditure by African governments would be around $800 billion and countries are able to avail over $500 billion.

What would increase citizen involvement in public service in the region?

Accountability in public finance management is very important. Revenue is one thing but how is spent is even more important. Once citizens see that their money is well used, they are willing to pay more.

The challenge that we are facing is finding the means and also public finance management for service delivery.

There are some countries where you can see the link already established between the input and output and there are others that have challenges.

There is growing concern on the rising debt levels in among a number of regional countries. Are the fears justified?

The number given as a red light for developing countries would be anything above 40 per cent of GDP. The majority of African countries are below 40 per cent.  Three or four countries could have gone above but it is recoverable.

There are three rules of debt which apply to all: you have to borrow wisely; access to markets is very good; if the market is attractive, why not? All countries in the world have grown by accessing capital but invest well. Invest in such a way that you can generate returns, which will give you the ability to pay in time.

The third is about debt management and debt governance. You have to build capacity in the ministry of finance and central bank to manage debt. There must also be transparency in the governance and management of the debt.

Some countries have borrowed money without proper structures of debt governance, without transparency and capacity.

My judgment is that only three countries would be in the region between yellow and red light. The majority are in the green territory but caution is needed. Whether it is external or domestic debt. Far too often, domestic debt can be more damaging because you crowd out private sector and stifle business in such a way that it cannot grow.

International organisations have begun flashing red on debt levels but for me this is a case-by-case issue. I think the reason why people are raising this issue is that, in the early 2000s, there was a huge movement of  debt cancellation, but I think African countries have a right to access the capital market as long as they have capacity to manage it.

Could it be that the debt management capacities are lacking?

The main issue is probably currency mismatch because you are borrowing in dollars. There is probably an issue with the investment mismatch where you borrow short time and invest long term.

But if a country has a good debt management capacity, they can handle it.

Despite the quest to develop our private sector, there is still a relatively low survival rate of small- medium-enterprises in Rwanda. Best practices to change that?

SMEs worldwide have a lower survival rate but those who survive, that is where jobs are created. The problems are the same world over – access to finance and access to skills.

For me, I think there is too much reliance on debt.

The more we can develop, venture type instruments, the more they can survive longer.

Short-term debt is a problem for many of them. The countries that are doing much better are those who have the financial services to be able to provide equity instruments which enable these companies to access skills and capital at the same time.

Some would say that local investment incentives, such as tax breaks, seem to favour foreign direct investments compared to local investors, including SMEs.

The view I have developed over time is that when an investor puts capital in a country, they are not simply looking for a tax break. They are looking for security, good infrastructure, clean government and fair competition, among other things.

If you can provide these things, a reliable and predictable tax regime, which applies to all, very few of them would demand tax breaks.

I look at investments as a package, I do not think that tax breaks are the most important thing. I am not sure they work well over a long period of time. In many countries, the issue of tax breaks is becoming less important, there is more emphasis on governance, infrastructure, among other things