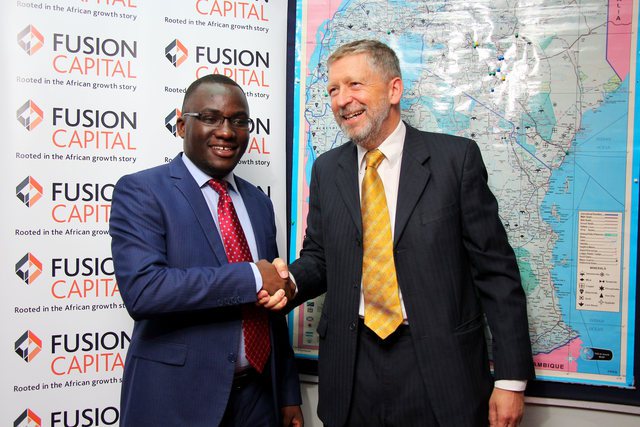 Fusion Capital, a Kenyan-based private equity firm with a focus on property and real estate, has urged African governments and private sector stakeholders to invest in modernizing agriculture in order to ensure economic growth across the region.

The company has noted that in the last few years, African economies have registered unprecedented economic growth as well as rapid urbanization.

“However unlike a few Asian countries, this growth hasn’t led to a shift of occupations from agriculture to urban-based industries such as manufacturing,” Fusion Capital said in one of its latest reports.

The report, which was compiled by Fusion Investment Management, one of the firm’s subsidiaries, indicates that the agrarian nature of African economies has held out real hope of getting rid of poverty, unemployment, and hunger, and driving economic growth.

“Urbanization and globalization have changed the dietary habits of people, who are now shifting to a more urban-based diet that meet quality and food safety criteria,” said the company’s researchers.

This kind of urbanization without industrialization limits sustainability and economic growth. Fusion Capital’s analysts argue that it is therefore important to modernize agriculture so as to benefit from its significant contribution to the economy. The experts say these changes have created an opportunity for African economies to grow not just in agribusinesses, but in the entire food system.

Africa spends $35 billion annually on food imports. This number is expected to rise to $110 billion by 2025.

In September 2017, agribusiness deals, amounting to more than $6 million, were signed across the region. Fusion Capital notes that new partnerships are emerging, including a deal known as the multi-million dollar Partnership for Inclusive Agricultural Transformation in Africa (PIATA), which aims to increase income and improve food security for 30 million smallholder farm households across Africa by 2021.

Fusion Capital believes that a boost to smallholder farmers and SMEs will help in alleviating poverty and hunger in the region. The firm’s research team states that public-private partnerships can be formed to provide aid with financial services, insurance, and marketing to smallholder farmers. Setting up of training institutions for entrepreneurship and agribusiness can help in the establishment and operations of SMEs.

Michael Kimondo Head of Treasury Operations at Fusion Capital, warns, however, that country’s like Kenya will need fiscal reforms in order to maintain economic growth.

“Agriculture is the road to alleviating poverty and hunger, and establishing robust economic growth will give a boost to agriculture,” stated the report.