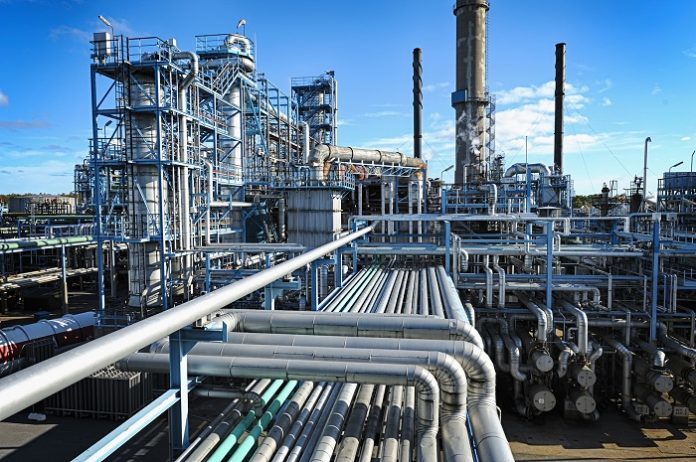 The government of the republic of Kenya through the states ministry of Petroleum and Mining has signed an agreement with three major oil companies namely Total, Tullow Oiland Africa Oil Corp to develop a crude processing facility with a capacity to  dispense 60,000 to 80,000 barrels of oil discovered in the country’s northwest in a single day.

The Ministry on their Twitter account revealed that the heads of term agreements were for discoveries by Tullow and Africa Oil in Blocks 10 BB and 13T situated in South Lokichar Basin.

The two bodies, Tullow and Africa Oil, made the first findings of crude oil in the Lokichar basin in 2012. The former (Tullow Oil) assessed that the basin contains an estimated 560 million barrels in proven and probable reserves, that can translate to a gross production of between 60,000 and 100,000 barrels per day.

Together with the processing facility, the consortium also plans to establish a crude oil export pipeline from Lokichar to Lamu in the coastal region. According to the signed MoU, they are now focusing on securing financing for pipeline project.

In a statement, Tullow oil Kenya noted that this infrastructure is installed as the foundation stage that will be utilized for the development of the remaining oil fields and future oil discoveries in the region, allowing the incremental development of these fields to be completed at the lowest unit cost possible.

This deal is a key breakthrough to a final investment decision on Kenya’s first oil project, which Tullow aims to reach by the end of the year. The company presumes first full-scale oil production in the next three years.