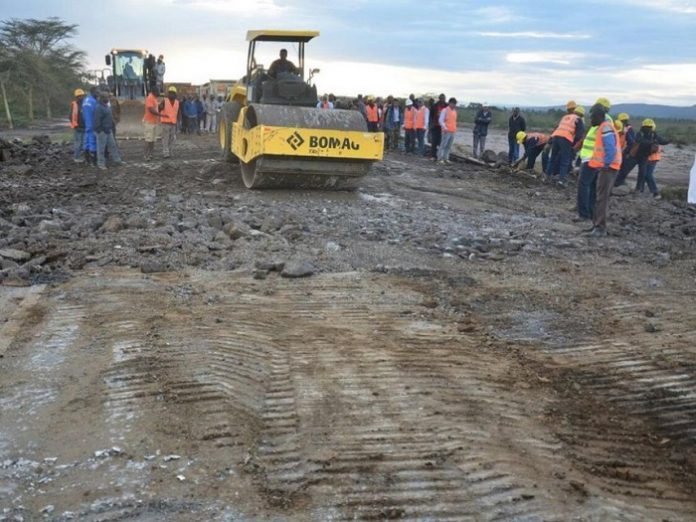 Kenya needs at least US $79.4m to repair roads that have been damaged by the ongoing heavy rains and floods.According to Transport Cabinet Secretary James Macharia, funds are required for immediate repairs of the roads across the country.

“Now that the rains have subsided, we are going round the country to assess the roads,” said Cabinet Macharia said while pointing out that Nairobi roads are particularly in urgent need for repairs.

The government says the roads in Nairobi county more so the CBD and Industrial Area will cost US $40.7m to repair. Mr Macharia hinted that the government might just work on all the roads in the capital city including those under the county jurisdiction.

“We shall discuss which roads belong to which government once we have completed repairs in the city,” said Macharia.The CS was addressing the media after the launch of the construction of the Kandisi Bridge in Kajiado County.

“We are already engaging on negotiations to make sure the contractor starts the work of dual carriage on Magadi road from Bomas to Kona Baridi,” he said.

Macharia warned of stern action on constructors found guilty of doing shoddy work stating that every action done will be accounted for.