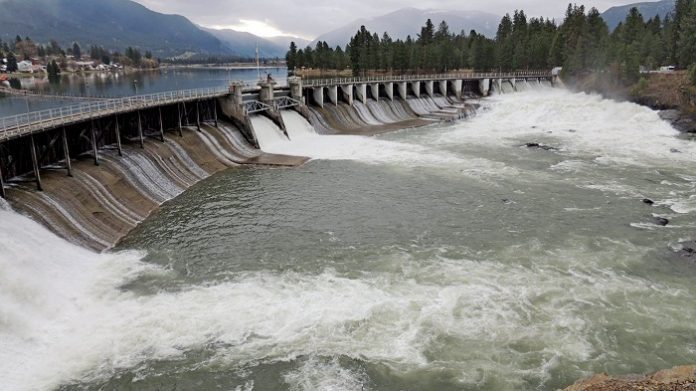 Kenya has increased production of cheap hydropower following heavy rains that have filled up dams. Acording to Rebecca Miano, KenGen Managing Director, the overflowing dams will boost power generation in the country and also ensure stability of supply.

Currrently, Masinga Dam, the largest dam among the Seven Forks, has risen to 1,045 metres. This is against a maximum level of 1,056 metres. “The ongoing rains will boost production in the eastern hydros of Masinga, Kamburu, Gitaru, Kindaruma, Kiambere, which draw water from River Tana,” she said.

Hydro dams contribute about 52.04% of total national grid; with KenGen’s total installed hydro capacity currently standing at 820MW. At the beginning of this year, KenGen had scaled down generation from its hydros as a result of the severe drought that saw a reduction in water levels at the dams.

However, the dams might cause flooding in surrounding areas, following massive flooding in Tana River, which has been blamed on the spillage at the Masinga dam. “The dams actually control the flooding by holding much of the water from the rains, without which the effects of the floods would be much worse,” she said.

“At the moment, all these rivers are having heavy inflows which are likely to continue until the end of next month. Hopefully, the ongoing rains will sustain increased contribution from the hydro power stations,” she added.