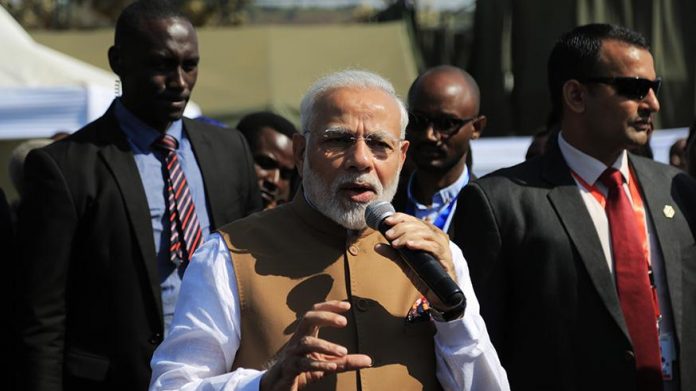 Indian Prime Minister Narendra Modi recently said that the current India-Africa partnership includes implementation of 180 lines of credit worth USD11bn in over 40 Africa countries and USD600 million in grant assistance.

Today India’s trade with Africa is over $62 billion with plans to increase this volume further.

The Indian government says that they have taken a long-term view of its engagement with African countries by participating in existing institutions in order to support the continent’s drive to build itself from within.

One such example is the Government of India’s recent decision to invest USD10 million in the African Trade Insurance Agency (ATI).

The shareholding positions India as the first non-African government to become a member of the pan-African and multilateral investment and credit insurer with the expected result of boosting India’s trade with Africa.

The Export Credit Guarantee Corporation of India (ECGC) will represent the government’s shareholding in ATI.

ECGC’s most recent results show the company has $99 billion in exposures and it insures 32 per cent of India’s exports.

ECGC has operated in Africa since the 1960s with plans to deepen its engagement in Africa.

“India’s membership in ATI is a landmark development for a symbiotic relationship between the two fastest growing regions in the world. It is indeed a proud moment to be the first non-African state shareholder of ATI. This partnership will not only give a fillip to the bilateral trade but also will contribute towards development of projects and enhance capacities and skills,” noted Geetha Muralidhar, Chairman and Managing Director.

The partnership is expected to help ECGC leverage its capacity to support even greater volumes of Indian exports into Africa.

For ATI, India’s investment enables it to provide much needed capacity to the continent.

Lenders are bound by regulations that prevent them from lending significant amounts to sub-investment grade sovereigns, which is the case for most African countries.

Institutions such as ATI that can offer investment insurance can help to mitigate the risks and thereby bring added lending and investment capacity to African markets.

“We are delighted to welcome the Government of India to the ATI family. This is a historic initiative that is also important because it underscores the possibilities of South-South cooperation and for developing regions to partner more with each other – drawing on natural synergies to further each other’s development objectives,” commented George Otieno, ATI’s Chief Executive Officer.