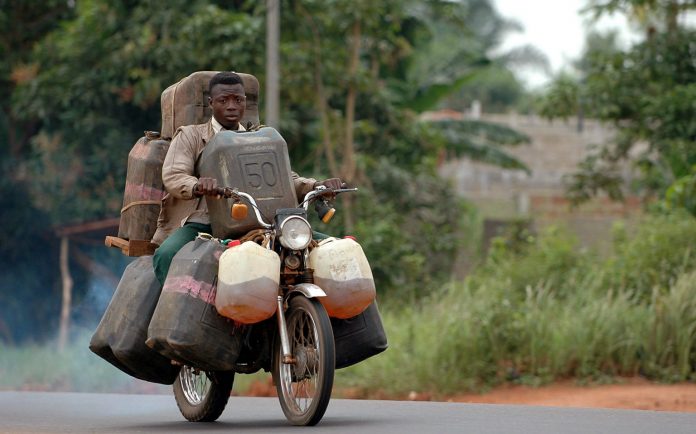 The head of Libya’s National Oil Corporation, Mustafa Sanalla has said oil smuggling is costing Libya around $770 million annually. He said this while speaking at the first ever oil and theft conference in Geneva, Switzerland. He says at least 30 percent of oil produced in Libya is smuggled out of the country by petroleum companies, and by militias that control some parts of the country.

“The fuel smugglers and thieves have permeated not only the militias which control much of Libya, but also the fuel distribution companies which are supposed to bring cheap fuel to Libyan citizens,” he said during the conference.

Following the death of former Libyan leader Muammar Gaddafi at the hands of ( NATO) forces in 2011, Libya has degenerated into an almost anarchy state, with many rival governments and jihadist groups occupying different regions of the country. The jihadist groups especially fund their operations through kidnappings, trafficking of migrants, and oil smuggling, mostly aided by policemen and Libya’s coast guards. The smuggled oil is transported to and sold in Europe, costing the country with the largest oil reserve in Africa millions of dollars.

The other major oil-producing African countries…

Libya is not the only oil-producing African country losing lots of revenue through smuggling. While most of the oil smuggling in Libya aids Islamic terrorism, for other oil-producing countries on the continent, oil smuggling serves only one purpose; greed. In Nigeria, an oil-producing country, buying fuel costs an arm and a leg to its average citizen, although it ranks as the eight cheapest country to buy oil. However, just across its border in neighboring Benin, Cameroon, and Togo, fuel is much more expensive; a price to pay for government officials moving it illegally across the border from Nigeria, under the most harrowing conditions.

Small shipping boats loaded with Jerry cans and kegs are used to smuggle fuel from Nigeria into Togo, where a litre of petrol costs three times the price in Nigeria. 75 percent of fuel sold in Benin is smuggled from Nigeria, many sold in soda bottles, while the people living in another oil-producing African country, Cameroon prefer Nigeria’s relatively cheap oil to theirs. Fuel costs around $0.58 per litre in Angola, but just across the border from it in the Democratic Republic of Congo, it costs $1.58 per litre.

Oil smuggling has become a major source of revenue loss for countries in Africa, with some of them already struggling to fund their annual budgets. Nigeria announced through Group Managing Director of the NNPC (state oil company), Dr. Maikanti Baru in March that the country loses 774 million Naira daily to oil smuggling; about $780 million annually (around 3 percent of Nigeria’s 2018 budget).

Libya’s Oil corporation boss called on the European Union to help in fighting smugglers by seizing ships carrying smuggled oil into Europe, and by also sanctioning smugglers. For Nigeria, tighter border measures and an efficient navy will also prevent the nation’s oil from being smuggled out of the country.

However, the major issue across board is that oil smuggling is aided by government officials. In exchange for money, state oil company employees, policemen and coast guards all look the other way or help facilitate the movement of these resources out of their countries illegally. Fighting corruption in many of these public institutions will not only reduce oil smuggling, it will prevent losses for the countries.