Home News How Mauritius became the richest country in Africa 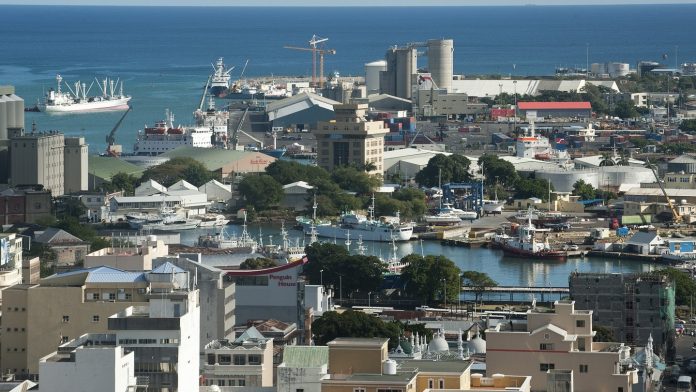 The island nation of Mauritius has set itself apart as the wealthiest country on the African continent on a per capita basis.

Over the past 10 years (2007 to 2017) total wealth held in Mauritius has risen by 195% (in US$ terms), making it the fastest growing wealth market in Africa and one of the top 3 fastest growing worldwide over this period.

A new report by AfrAsia Bank and New World Wealth has put Mauritius in focus, looking at why the country has drawn such immense wealth to its shores.

The sharp rise in Mauritius’ wealth has been primary due to the country’s fundamentals – having a strong economic growth and a stable government – and also in its ability to draw wealthy individuals to do business and live there. 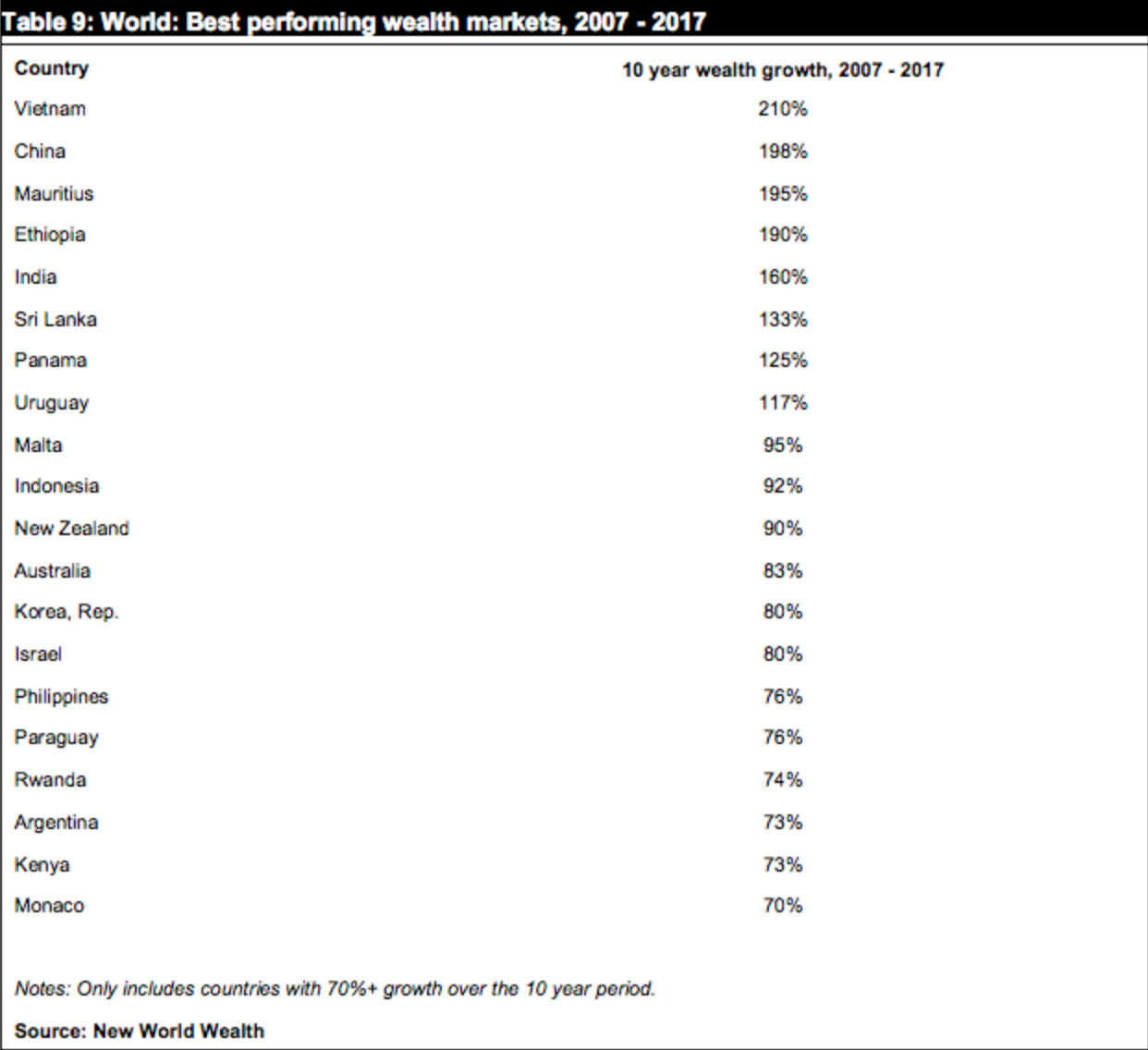 The country has built up a solid financial sector, specialising in offshore banking, fund management and private banking. When combined with an appealing tax regime, secure ownership rights, and a relatively low barrier to gaining permanent residency, it’s no surprise over 4,600 high net worth individuals (people with a net worth over US$1 million) have made it ‘home’. 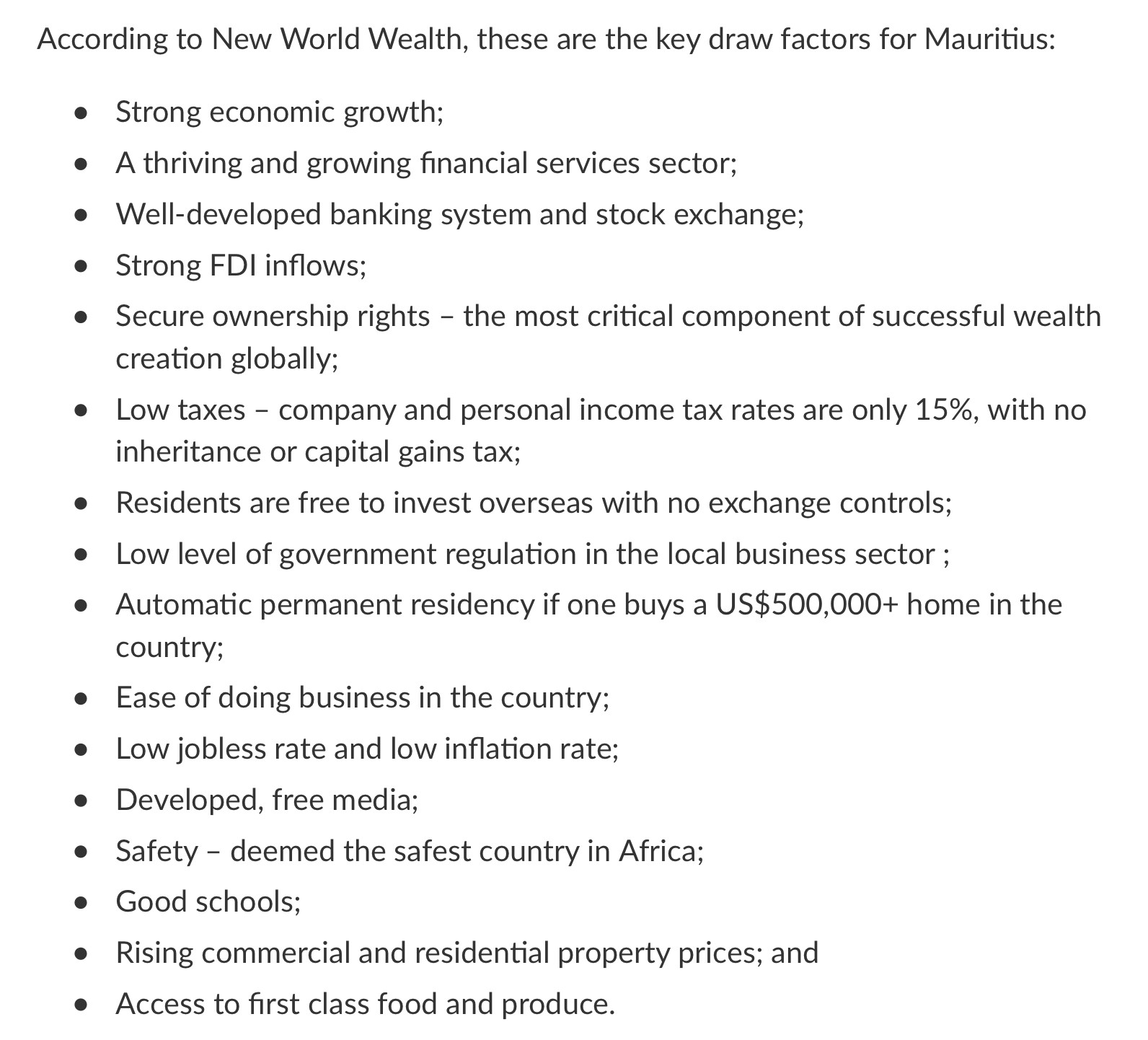 According to New World Wealth, Mauritius’ policies are very similar to other thriving business destinations like Singapore – while its government intervention and ownership rights stand in contrast to places like South Africa and Zimbabwe.

It’s location also makes it an attractive destination to feed further into Africa. 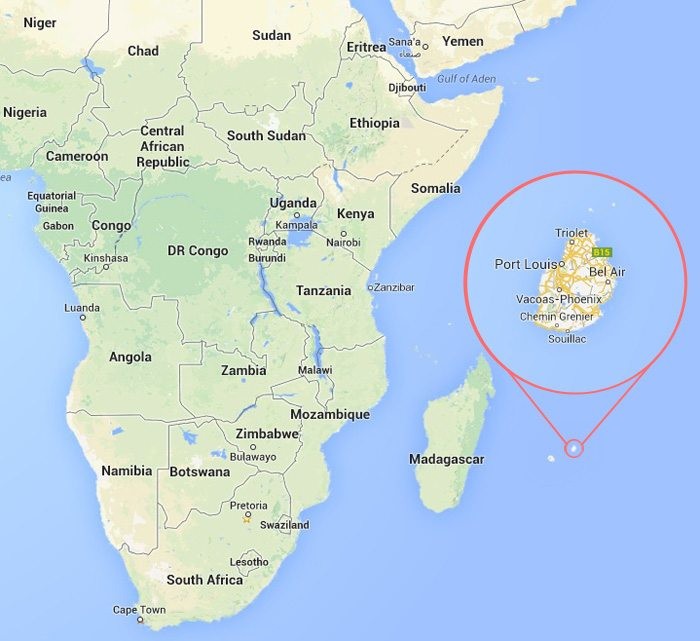 A 2017 study found that Mauritius was ranked as the most attractive destination in Africa for businesses and investors – a position that South Africa once held above it. While Mauritius has done everything it could to make itself more appealing – South Africa has done the opposite, the report found.