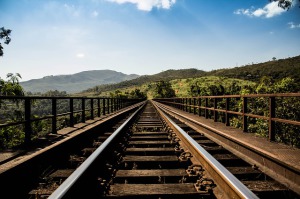 The Swaziland Rail Link project is set to create more than 9000 direct jobs as well as improve people’s lives, support regional integration in SADC and accentuate the promotion of intra-Africa trade and economic sustainability.

This is the view of Transnet Rail Freight Chief Executive Officer, Ravi Nair.  According to Nair, approximately 3000 and 6500 jobs will be created in South Africa and Swaziland individually during the construction of the Swaziland Railway line.

The Swaziland Rail Link entails the construction of a 150 kilometre new railway line from Lothair in South Africa to Sidvokodvo in Swaziland and the revamping of two existing lines in both countries.

“This line has been designed to carry 150 general freight wagons at a time and will be operated as a seamless service without stopping at any of the boarders either into Swaziland or out of Swaziland,” Nair said.

Nair explained that the feasibility phase has been completed and the project is now ready to be packaged to take to the market to look at public-private partnerships.

The initial estimates from the study indicate that about R20 billion will be needed for the project. The bulk of the funds will go towards infrastructure and construction.

He added that the purchasing of the 506 hectares of land required on the South African side for this project has been approved and negotiations with the land owners was being finalised in order to purchase the impacted land.

“Furthermore, approval to exhume and relocate over 120 affected graves has also been obtained on the South African side.

The feasibility studies of the Greenfield are complete and authorities in South Africa and Swaziland have granted both teams with the necessary environmental permits.

Additionally, authorities in South Africa and Swaziland have granted the water use licenses, while the feasibility studies of the existing lines that need to be upgraded are in progress.

Transnet said the project’s primary objective is to reduce rail and road traffic congestion based on a realistic and achievable system capacity.

Swaziland Railway Chief Executive Stephenson Ngubane said the joint project is going to bring a lot of benefits to Swaziland and South Africa.

“With this project the cost of transport will be reduced as it is more direct through Swaziland and more direct to the Ports of Richards Bay also including Mozambique at a later stage,” Ngubane said.

“This project is gaining momentum and we believe that as we prepare the presentation for funding it will be supported. We believe that the standard of the rail that we are going to be constructing is going to bring a lot of efficiency and capacity,” Ngubane said.