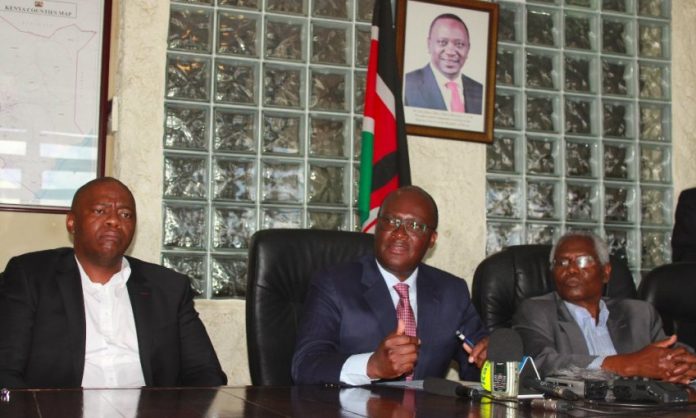 The government through the Kenya National Highways Authority (KeNHA) has signed a Sh64 billion financing deal for the construction of the Lamu, Garissa, Isiolo road.

The contract has been awarded to the Lamu Road Consortium ( LRC) bringing together the Development Bank of Southern Africa and Group Five Proprietary Limited.

Construction of the 530 kilometer road is set to start in id 2018 and take 4 years to complete as part of the larger LAPSSET project.

The consortium will design and finance the project, managing the same over a 25 year period.

“The operation and maintenance phase will run for a period of 25 years after completion where LRC will operate the road while maintaining high performance standards equivalent to a motorway to enhance throughput of transit vehicle and also reduce vehicle operating costs,” Transport Cabinet Secretary James Macharia said.

LAPSSET chairman Francis Muthaura said the highway was an important outlet that would make it possible to take cargo to into the mainland using an alternative route while also opening up new export markets in South Sudan and Ethiopia.

The government has increasingly been turning to the private sector to finance its capital-intensive infrastructure projects under a public-private partnership (PPP) framework.

“The signing of this agreement shows the continued confidence of international investors and its economic stability,” he said.

The road is aimed at improving regional trade with the second port in Lamu used to ferry goods further into eastern Africa.

Mr Macharia said the highway was part of a 2,000 road network linking the port of Lamu with the rest of Kenya.

Already 505 kilometers of the road project between Isiolo and Moyale is complete.