Home News Banking & Finance Can South Africa Get its Fiscal Groove Back? 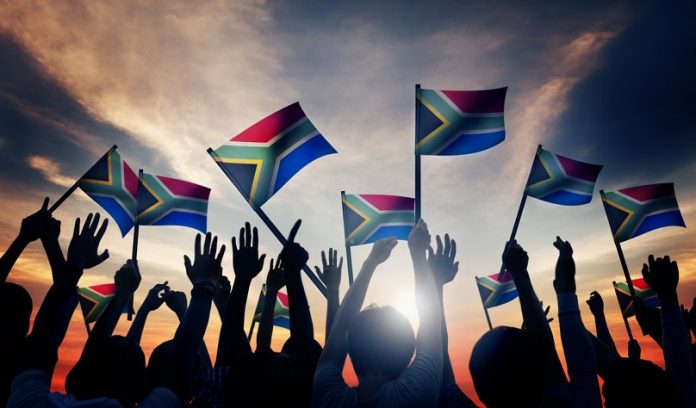 With real GDP growth at near zero and fiscal projects trending downward, it’s unsurprising Standard & Poor’s didn’t wait for the ANC leadership contest in late 2017, or the next budget release, to cut the country’s credit rating to junk. The real question now is: how quickly can the country reverse course?

“In our view, economic decisions in recent years have largely focused on the distribution–rather than the growth of–national income. As a consequence, South Africa’s economy has stagnated and external competitiveness has eroded,” S&P Global said.

“We expect that offsetting fiscal measures will be proposed in the forthcoming 2018 budget in February next year, but these may be insufficient to stabilize public finances in the near term, contrary to our previous expectations.”

“Further pressure on South Africa’s standards of public governance, for example in our perception of a threat to the independence of the central bank, could also cause renewed downward pressure,” it added.

Moody’s also has the country’s Baa3 rating (including the securities issued under the government’s Senior Unsecured Shelf and MTN programme) on review for a downgrade, though it seems to have secured some respite from an imminent move for now. If Moody’s were to downgrade the country, given its precarious rating position, it could trigger the sovereign’s exit from a number of key indices including Citi’s World Government Bond Index or the Barclays Global Bond Index, and lead to slow cascade of outflows across a range of sovereign maturities. Between Friday’s S&P blow and Monday’s uplift from Moody’s, yields on 5-year CDSs crawled back from highs of just under 191bp to the 183bp levels, but a ratings cut could prompt outflows of about ZAR100bn, according to Citigroup.

In late October, South Africa’s Minister of Finance Malusi Gigaba did little to encourage investors after delivering the mid-term budget. Gross tax revenue had fallen far more than expected while the government projected gross government debt-to-GDP to top 61% by 2022; that figure was due to reach 52% under the initial 2017 budget.

The country’s tax revenue shortfall is also projected to surge significantly over the next four years, from ZAR50.8bn to close to ZAR90bn in 2020 – putting the government in the precarious position of most certainly raising taxes in advance of the next general election in 2019.

Since the latest downgrade, analysts have debated the thrust of S&P’s criticism of the South African Treasury – that it focused too much on the distribution of national income at the expense of its growth – but it seems clear that weakening fiscal accounts masks a wider problem that is much harder to fix: stagnating private sector activity.

While analysts are expecting modest acceleration in real GDP growth in 2018, that figure – 1.5% – was already revised down from 1.9%, up marginally from just 0.9% in 2017. PMI indicators across manufacturing, construction, mining, have all been flat for the past four quarters according to data from Bloomberg, while retail and household consumption – which staged a brief comeback in Q3 this year (retail sales grew 5.4% year on year in September) – is forecast to slow on the back of stagnant salaries and costlier borrowing.

Since 2014, average domestic wage growth has stayed between 5.0% and 5.4% year on year, and while the country is due to implement a national minimum wage in May next year, analysts are unsure whether the change will be enough to move the needle on poverty, which has only increased in recent years. At the same time, persistently high unemployment – which rose from 24.5% in December 2015 to 27.7% in November 2017 – makes the prospect of greater private sector activity less likely.

“We don’t really think there is much the Treasury can do to turn around the trajectory over a forecast horizon of two to three years,” explained Jones Gondo, a senior credit analyst at Nedbank, one of the country’s largest lenders.

“This is because most of the expenditure discipline – or cuts – that can be made will retard growth. The market, and Moody’s in particular, is hoping that private sector investment will pick-up the slack on a “positive” ANC election outcome, which will generate growth and allow the sovereign some space to make less drastic cuts that don’t slow growth.”

Hopes for a positive election outcome for the ruling African National Congress (ANC) are slowly receding. In August 2016 the party posted its worst-ever showing in municipal elections, and several new corruption probes into figures linked to Jacob Zuma as well as recently exposed mismanagement at several state-owned enterprises – Eskom, Transnet, and South African Airways – continue to highlight increasingly bitter internal divisions within the party. A report recent published by the Auditor General on the management of SOEs during the 2016/17 fiscal year showed six of the 25 companies audited failed to submit annual statements, while five were handed negative feedback – largely the result of providing too little visibility on their supply chain management practices.

“Although supply chain management policies were in place (at SoEs), we found that officials were not familiar with the policies and the procurement processes they should follow, and in some cases circumvented the processes. We also could not always find evidence for the decisions made to award contracts to certain suppliers,” the report’s authors wrote. Irregular expenditure almost doubled over the past three years to ZAR2.88bn in the 2016/17 financial year, the Auditor General found, which will no doubt fuel anti-Zuma sentiment heading into the leadership contest in December.

Politics to Remain a Key Driver

The economy’s performance in the run-up to the 2019 general elections will play a big part in determining the ANC’s fortunes, but it will also depend on the Democratic Alliance’s (DA) ability to make fresh inroads and reverse the ANC’s virtual hegemony since 1994.

The DA, headed by a young and charismatic leader, Mmusi Maimane, has successfully increased its share of the national vote in almost every election over the past 15 years (the party holds 22% of seats in Parliament), despite some of its challenges in shedding its legacy as a majority-white party.

If Nkosazana Dlamini-Zuma is successful in securing the ANC leadership over her chief rival, deputy president Cyril Ramaphosa, Maimane could get a boost simply by virtue of Dlamini-Zuma’s link to the current president, and make it harder for the ANC to unbundle Zuma’s increasingly uncertain legacy.

A lot can happen in two years, but absent any major political catalysts (say, the indictment of people directly linked to Zuma), or a more severe deterioration in the economy, Maimane may have his work cut out for him – and it is hard to see the ANC secure anything less than a small majority in 2019 despite the DA’s inroads in Western Cape province in recent years.

Counterintuitively perhaps, following the most recent rating action, S&P Global Senior Director of Sovereigns Frank Gill suggested that public-sector expenditure needs to increase in order to fill the gap left by private sector investment. While it wasn’t necessarily intended, the notion highlights the rock and a hard place between which the country finds itself – and has for some time. The National Treasury said it will outline “decisive” policies to be taken in order to address the ZAR50bn shortfall in government revenues.

Stimulating private sector investment, however, will be more difficult, with any sensible measures – tax incentives favouring sectors like manufacturing or agriculture; targeted infrastructure spending; investing in up-skilling and other productivity enhancing measures – sure to act as a further drag on the deficit.