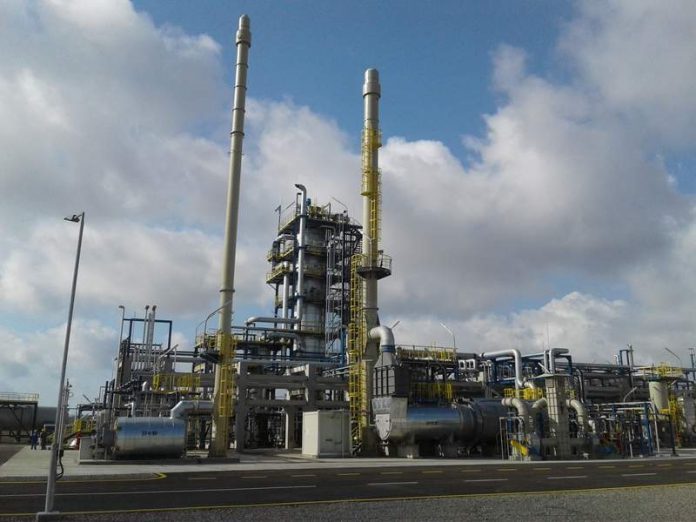 Ghana has kicked off construction of the biggest bitumen plant in West Africa. Chief Operating Officer of Goil, Alex Josiah Adzew announced the reports and said that the contract has already been awarded has begun the establishment of a gas plant for the cylinder re-circulation model in the country and looking forward to partner some banks to fund the projects.

“The contract has already been awarded and the contractor is working so I must say we’re on course but it’s a very big project because as I indicated it’s going to be one of the biggest processing plants in West Africa due to the quality of bitumen it will supply,” said Mr. Alex.

The project estimated to cost US $25m is a partnership between the company and its Ivorian counterparts. It is expected to deliver quality bitumen for road construction in the sub-region and beyond. The chief operating officer was optimistic that with all factors remaining constant, the project will be completed within 18 months.

“The only plant to supply AC10, AC 20 and the PMB, the quality of bitumen used for the construction of the N1 road and that’s the product we want to bring to Ghana. It’s going to be a game changer and we’re partnering a company in Ivory Coast SMB, which already has a depot in Abidjan and very experienced in the management of such facilities,” said Mr. Adzew.

Managers of the Ghana Stock Exchange have made an appeal to Ghana’s indigenous oil marketing company, GOIL Company Ltd and other listed companies to consider using the stock market to raise funds for their infrastructure projects rather than resulting to bank’s capital.

According to its financial report, there has been a remarkable performance by Goil in the year 2018 which prompted the outgoing Managing Director of Goil Patrick Akorli to promise that the company will consider using the stock market as well as work with banks to raise funds. Over the last five years, Goil profit after tax has grown by 20% per year on average.