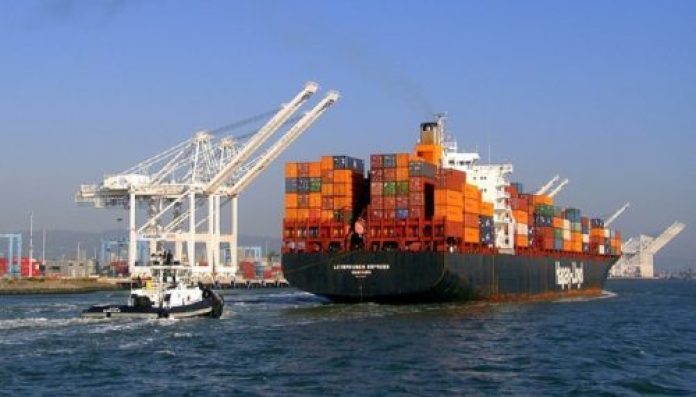 The recent ratification of the African Continental Free Trade Area (AfCFTA) has created a promising environment for economic integration of major African markets with the smaller markets and enhance competitiveness at the industry and enterprise level by exploiting opportunities for scale production, continental market access and better reallocation of resources.

The eventual implementation of AfCFTA is predicated on the assumption that the reduction of tariff between African countries would increase intra-African trade by 15 to 25 percent (amounting to about 50-70 billion USD) by 2040. The intra-continental trade in Africa would create a very large single market which would allow member states to build better resilience to resource allocations and price fluctuations even as they diversify their export portfolio. However, creating a single large market will require a massive amount of physical infrastructure facilitation. The continent will see itself placed in a catch 22 situation as it will need to invest trillions of dollars in infrastructure to spur contact and build growth momentum in the region. This figure would increase if the costs associated with climate change mitigation and adaption were to be included.

For the development to be inclusive, the concept will have to build beyond better harmonization and coordination of trade liberalization across Regional Economic Communities (RECs). Improved customs procedures alone will fail to stimulate the markets unless finance is made available to small and medium sized enterprises, and women entrepreneurs are given adequate resources to participate meaningfully in exports.

While the continent-wide free trade agreement has been architected to boost intra-regionaltrade, the member countries actually find it easier to trade with other continents, than with their African neighbours. This is a problem common to almost all colonized nations as the infrastructure of colonies was purpose-built for the colonial export of raw materials to Europe primarily. This infrastructure deficit will therefore continue guiding most countries’ trade outward rather than inward.

The major advantage of inward looking intra continental trade could be the potential plugging of the outward flow of raw materials to major industrialised nations. Currently, a large part of intra continental trade in Africa is made up of manufactured or processed goods in form ofprocessed food, petroleum products, clothing items, etc. The major beneficiaries of the AfCFTA will be the countries with better road, rail road and sea port infrastructure. South Africa, Nigeria, Kenya and Egypt are a handful of nations that have the capacity to quickly expand their exports of goods and services into the rest of the continent. Of Africa’s 55 countries, 16 are landlocked and highly dependent on the major port economies of Nigeria, Morocco and Egypt. Nigeria is holding on to this advantage and has not yet agreed to
participate in the single market.

The physically isolated, smaller economies may experience more isolation with this liberalization unless mechanism are put in place for them to participate in the global value chain through their integration into the regional value chains.

To help effective competition within the continent, all participating countries should have the means and opportunity to compete inter continentally as well. Building trade agreements in favour of small and less developed economies for fairer outcomes of the AfCFTA could include building of shared sea port gateways to the other continents. Africa’s large coastline also gives the member countries an opportunity to use sea routes for faster and more economical intra continental trade.

However, of the major African sea ports, none are currently in a position to take on the burden of increased trade volumes from within or outside Africa. Infrastructure deficit is estimated to be currently standing at USD $48 billion a year, and growing. Most of the problems at the ports come in form of capacity issues, storage deficit, inefficient handling time, congestion, delays in checkpoints, delayed ship dwell time, poor security and corruption. These issues combined with inefficient or missing inland connectivity throughrail and road networks increase transportation costs within the continent.

Dwell time of cargo at ports is one of the major obstacles to economic growth in the continent. The study “Time as a Trade Barrier”, has empirically determined that longer transport time dramatically reduces trade. “Without rapid import processes, trade based on assembling factories for exports is impossible because delays and unpredictability increase inventories and prevent integration in global supply networks.” The average cargo dwell time in large ports in Latin America, Asia and Europe is under a week. Most ports in Africa see rather long dwell times averaging between two to three weeks. It then takes between four to six weeks for the cargo to reach the landlocked African countries. This has rendered many regional manufacturing companies that depend on shipments, uncompetitive in global markets and led to imports being more expensive for consumers. This not only hampers the continent’s trade competitiveness, it also impacts the economic growth to the tune of 1 or 2 percent of gross domestic product (GDP) per year. Importers use ports as cheap storage facilities and have no incentive to move the goods swiftly. Delayed transportation by large end to end market players is often a ruse to drive out competition. Ultimately, over 70 percent of delays in cargo delivery is due to the time spent within Ports. The landlocked nations in the continent lose out the most due to these logistical and governance deficits.

Lack of adequate cold storage facilities and electricity in port areas means food items defreeze to either rot or are refrozen, thereby compromising quality and health. Which is why, Africa remains a nation that primarily exports raw material. Unless the sea port infrastructure in coastal countries is improved and inland connectivity is invested in, there seems to be little hope for the nations to partake in value added trade of perishables.

The challenge, however, is not only attributed to the infrastructure deficit. There have been substantial foreign and domestic investment in port infrastructure. However, the systemic challenges mentioned above do not allow the ports to improve their efficiency. Thus, adding additional berths and increasing container space has not brought down the dwell times. The governance framework of the ports needs to change. There is no better time and opportunity for Africa to remove the systemic barriers to growth than now when countries are converging to rewrite the rules of trade under the umbrella of AfCFTA. The monolithic organisations that collude and control vessels, flags, port authorities, private terminal operators, logistics operators, cold chains and investment candidates need to be integrated in the large market in a manner where their largeness facilitates mutually beneficial integration process.

A World Bank study explicates “The need is to understand the interests and needs of the parties involved and look for solutions that tend to the interest of the public. Building more berths or transferring ownership to the private sector are surface and temporary solutions to much deep rooted problems in the system. Any integration approach requires political support for reform. The first step could be to consider merging ports, railways and freight services under one administration to streamline transportation and reduction of the number of clearances needed for a single shipment”.

While the thought of merging all entities under one giant umbrella is good, its execution by any single institution or body will be a nightmare and a fruitless endeavour. It is therefore recommended that AfCFTA create adequate policy focus that gives space to institutions, private entities and national governments to integrate the existing continental strategic infrastructure framework like the Programme for Infrastructure Development in Africa (PIDA) with emerging integrated infrastructure corridors. It should notify an intent to build a 100 odd corridors and sea gateways for its 55 odd countries within a given time frame. If a plan is in place, investments will follow. Strong backward and forward linkages to domestic economies is the only way to make AfCFTA succeed in its intent of helping African countries achieve high growth rates, diversify their economies and reduce their exposure to external shocks.