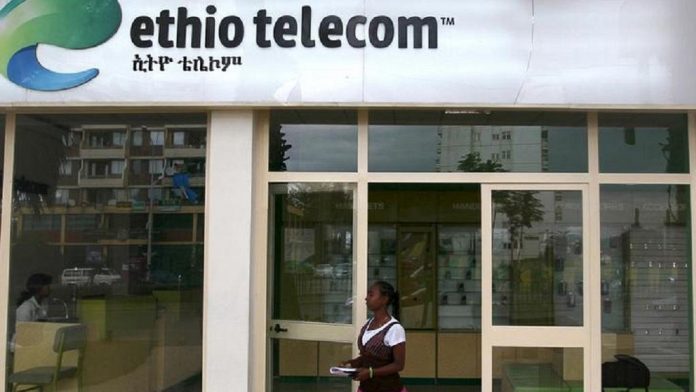 Ethiopia’s state-run telecoms monopoly has agreed to allow some local firms to provide internet services through its infrastructure, a move seen as spurring competition and expanding the data market, officials said.

Ethio Telecom has more than 16 million subscribers of internet services in the country of over 100 million people.

It generated over 27.7 billion birr ($1 billion) in revenues in the first nine months of 2017/18, 70 percent of which was earned from mobile services and 18 percent from internet.

“There may be price reductions. There will be competition among themselves, that is the core idea,” he told Reuters.

Abdurahim said eight firms have so far signed up to provide the services, which include different internet packages. Foreign companies were not allowed to provide services, he said.

Ethiopia is one of few African countries to still have a state monopoly in telecoms. The companies that signed agreements with Ethio Telecom have either just been established to sign up for this new business or they were previously doing other business.

Addis Ababa has ruled out liberalising the telecoms sector, saying the revenue it generates was being spent on infrastructure projects such as railways.

Abdurahim said the decision to allow private companies to sell services was not a precursor to fully liberalising the sector.

“This has nothing to do with that. They will be providing downstream services,” he said, referring to data sent from an existing network service provider.

While Ethio Telecom has consistently increased annual revenue, vast parts of the country, including the capital still suffer from occasionally patchy mobile reception and internet service.

The low internet penetration and poor quality of service in Ethiopia is often a drag on businesses and is especially seen as an obstacle to technology start-ups such as those that have thrived in neighbouring Kenya.

Ethiopia maintains a tight grip on several other industries, with foreign firms also barred from the banking and retail sectors.